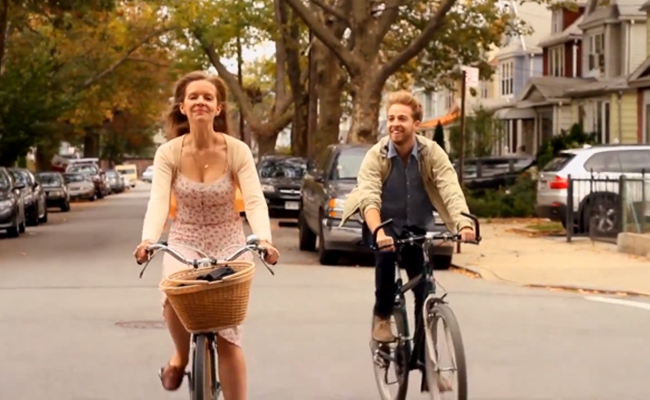 The new web series Compulsive Love is an exercise in execution. The premise, about a hopeless romantic and his serial encounters with the opposite sex, doesn’t seem particularly fresh. But by taking a fairly simple concept, neatly packaging it in a pretty box, and presenting it to us with flash and aplomb, the show ends up being a whole lot of fun.

Compulsive Love follows the life Aaron (Alex Anfanger), a young, relatable male lead who has recently been dumped by his longtime girlfriend. Aaron’s rebound takes him pinballing off a number of different girls, with every encounter ending in eventual heartbreak. The first of eight episodes has been released on Compulsive Love‘s own YouTube channel as well as a number of other outlets.

Aaron is an energetic lead, with elements of Ted Mosby, Charlie Kelly, and Don Juan mixed in. His friend Zoe (Laura Ramadei), with whom he works at a temp job, is a classic foil. She’s the straight woman who puts up with her pal’s zany antics. Anfanger and Ramadei are at their best when they play off each other, allowing the quick script and fast editing to create a furious, hectic, and very snappy pace. Compulsive Love survives on the comedic timing created by such careful production.

There are still seven more women who Aaron has yet to meet, but I’m now interested to see how he manages to so consistently screw things up.