Devin Super Tramp Swings Through Canyon In Ballsiest Video Ever 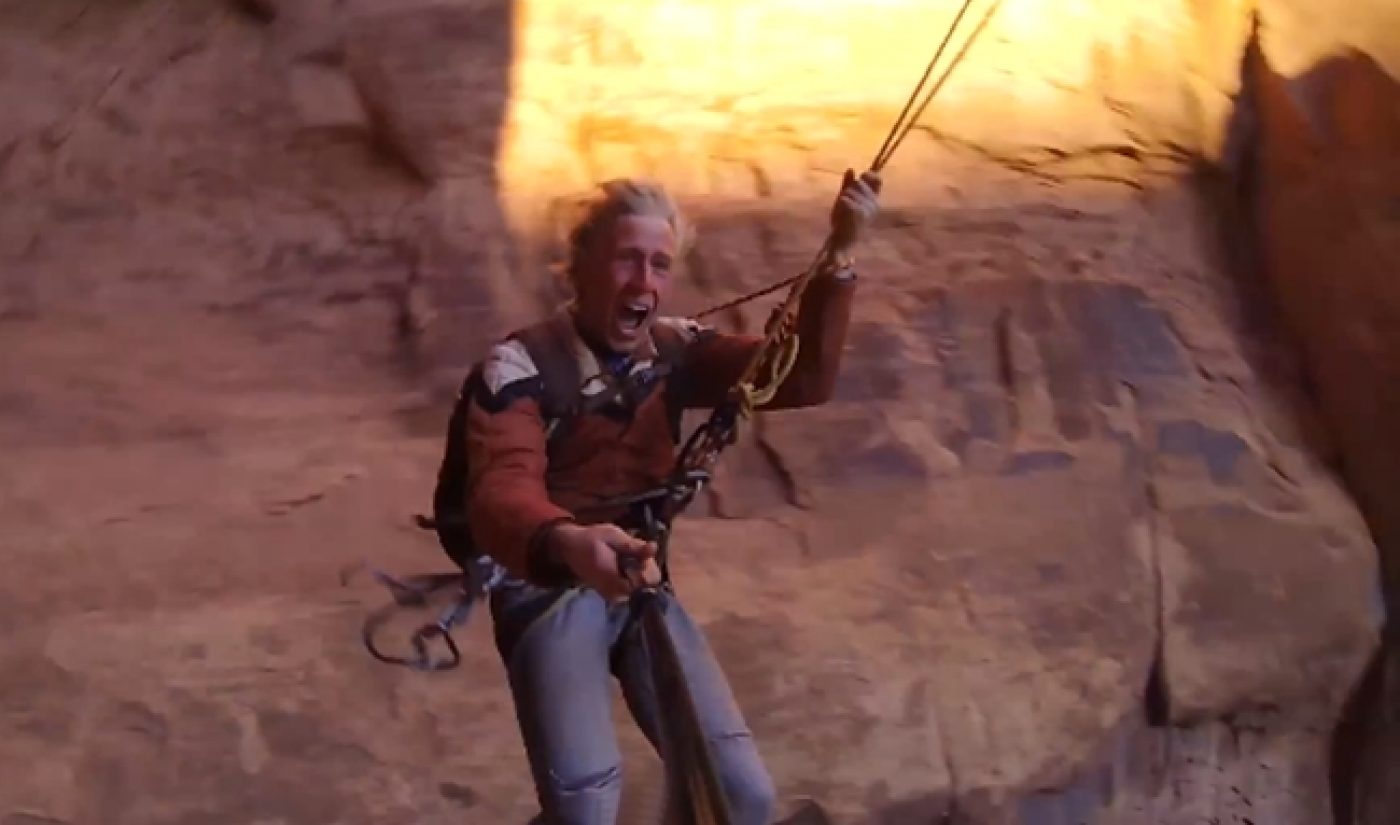 YouTuber Devin Super Tramp (real name Devin Graham) has topped himself again. The stunt-happy creator has released a video featuring an impossibly large rope swing, an impossibly gigantic apparatus hundreds of feet off the ground that spans a large canyon.

I’m not even sure how to describe the absolute balls-to-the-wall craziness of this high ropes bonanza. Take a look for yourself, and if your jaw doesn’t end up permanently glued to the floor, be sure to watch for cameos from a few familiar faces.

The video is a follow-up to one of Graham’s most popular videos, where he set up a similar rope swing on a large natural arch. That video has earned over 16 million views since its release, and it is one of the many crazy videos that have allowed Graham to accrue over 878 thousand subscribers and over 159 million views.

This time around, Graham invited some YouTube pals to come jump off a cliff with him. Shaycarl is featured in the video, which seems perfect as yelling is one of Shay’s many specialties. Shay has also released a behind-the-scenes video, which shows the other, possibly more insane shenanigans that went down in addition to the giant rope swing.

The video is another reminder that, no matter how hard you try to dress well or act suave, YouTubers are simply way cooler than you. Sorry, world.