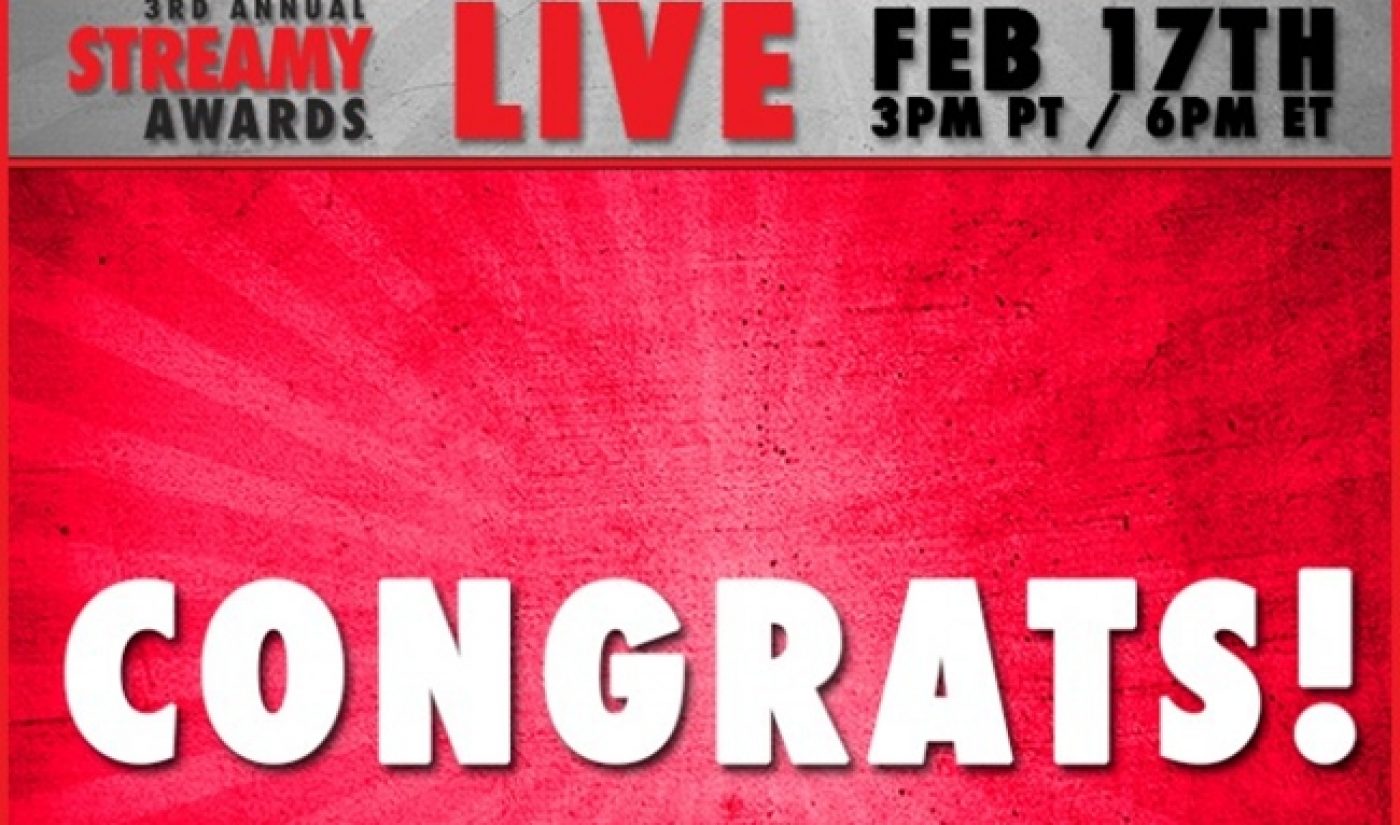 The web video stars were out in full force on February 17th as Tubefilter and dick clark productions handed out the Streamy Awards, celebrating the best video content the Internet has to offer. In the end, 35 winners took home the hardware in front of hundreds of attendees at the Hollywood Palladium.

The big winners were Burning Love, which won four awards including Best Comedy Series and Best Male Actor: Comedy for its star, Ken Marino; Halo 4: Forward Unto Dawn, which added the Streamy for Best Drama Series to its three technical wins; Grace Helbig, who won Best First Person Series and the Audience Choice Award for Personality of the Year for her DailyGrace vlog; and Philip DeFranco, won Best News and Culture Series for The Philip DeFranco Show while his SourceFed program took home the Audience Choice Award for Series of the Year.

The winners represented a wide cross-section of online video platforms and multi-channel networks. Maker Studios led all MCNs with five wins, Machinima was next with four, Revision3 and My Damn Channel each had two, and Fullscreen and The Collective each had one. Seven winners have ties to YouTube’s Original Channels Initiative, another six awards were handed out to Yahoo programs, and Hulu scored a single win. Independent creators such as Bernie Su also had success.

The entire Streamys ceremony can be viewed below. Jump to 1:10:00 in the video for the beginning of the show.

The full list of winners is below. It was an amazing list of nominees, and we at Tubefilter would like to give our gratitude to all who were involved. We hope industrious creators are already out there working on the series that will big in 2014.

AUDIENCE CHOICE FOR PERSONALITY OF THE YEAR: Grace Helbig

AUDIENCE CHOICE FINALISTS FOR SERIES OF THE YEAR: SourceFed