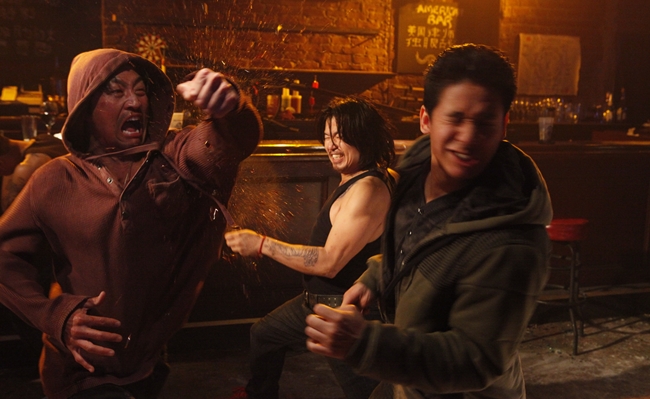 The Season 2 Trailer For Mortal Kombat: Legacy Will Debut At Streamys

We’ve spent all week discussing the incredible performances, presentations, and categories that will be featured during today’s Streamy Awards at the Hollywood Palladium. Don’t forget, however, about another Streamys item that we mentioned months ago: At the show, Kevin Tancharoen will debut the trailer for the much-awaited second season of Mortal Kombat: Legacy.

The new season was announced last summer, and it will feature a brand new cast that includes Glee‘s Harry Shum Jr. and Hawaii 5-0‘s Mark Dacascos. Given the popularity of the first season (the nine full episodes pulled in more than 62 million YouTube views), we can expect the experienced director to ratchet things up for the second go-round. When we see the first clip at the Streamys, we expect there be more punches being thrown and more Hims being Finished than ever before.

Season 2 will once again be featured on the Machinima network. The network’s Machinima Prime channel will be well represented at the Streamys, where Halo 4: Forward Until Dawn has a chance to snap up several awards and Bite Me is nominated as well. Perhaps MK: Legacy will be a big winner at 2014’s ceremony.

It’s not like you needed another reason to watch the Streamys today, but Tancharoen’s trailer is sure to kick ass and take names. Be sure to tune in at http://streamys.org starting at 3 PM PST/6 PM PST, and tweet about the #streamys if you feel so inclined.