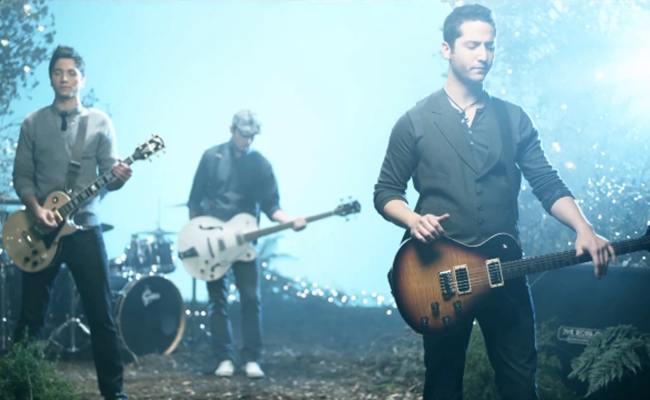 With Catchy Tunes, Boyce Avenue Has The Streamy Awards Covered

We recently discussed the host of creators–including Kurt Hugo Schneider, Christina Grimmie, and Mike Tompkins–who have made a YouTube living out of predominantly cover songs. These users input the high traffic created by music videos and output an equally satisfying, distinct echo. No one has perfected this process more than Boyce Avenue, who have used a series of popular covers to promote their own catchy brand of alternative rock.

Boyce Avenue is, like the Fines, the Gregories, and the Vlogs, composed of a group of YouTube-famous brothers who decided their reverent versions of popular songs might find a decent audience on the Internet. Their second video, a cover of Rihanna’s “Umbrella”, ballooned to over ten million views, at which point the musical trio was off to the races. Their YouTube channel now has the 41st most subscribers on the site, with more than 2.3 million fans. No independent artist has as big of a YouTube following.

What sometimes gets lost in the shuffle when discussing Boyce Avenue is the credibility of their own music. In addition to being skilled musicians, the Manzano brothers are talented songwriters. Their most popular original song, “Every Breath”, has racked up more than 5.7 million views. When they take the stage at the Streamys, much of their audience will know them for their covers. When they leave it, their own soulful brand of rock and roll will be imprinted on listeners’ minds.

Boyce Avenue (and several other guests) will rock the Streamy Awards. You can watch the show live beginning at 3 PM PT/6 PM ET on February 17th.