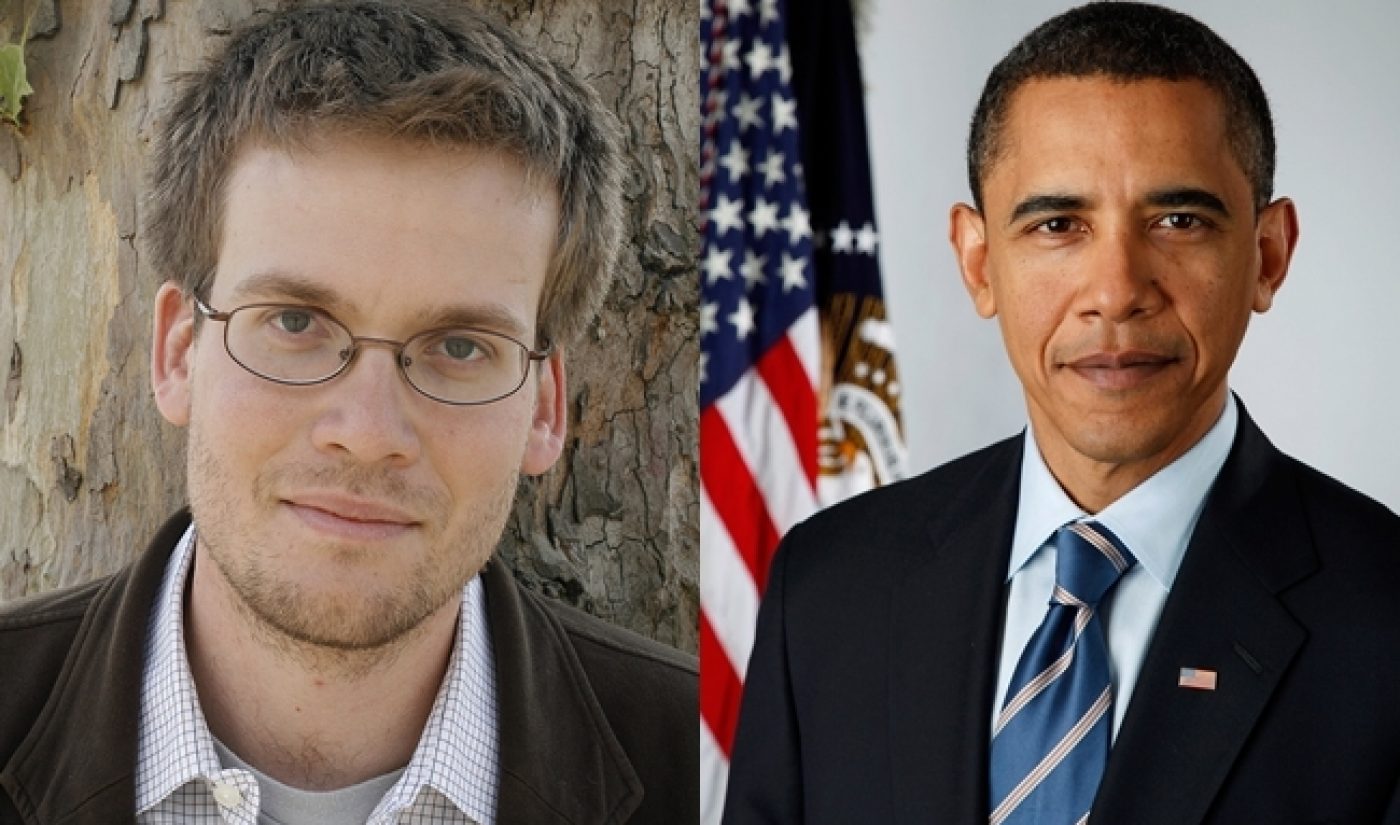 Phil DeFranco isn’t the only YouTube big shot with Google+ access to the Oval Office. John Green, the more literary member of the Vlogbrothers, is the host of a live Google+ Hangout featuring President Obama.

The Hangout, beginning at 4:50 EST, will feature the United States’ fearless leader taking fan submitted questions, with Green serving as a sort of middleman. The vlogbrother and author had plenty of nerves about his hosting duties, if his Twitter account is to be believed, but he has nothing to worry about; the President is a pretty easygoing guy. I don’t think he’ll mind the cold sore that John talks about in his introductory video for the event.

Text and video questions have been submitted, with many Americans hoping for more details from the President regarding the policies he laid out in his recent State of the Union address. It’s exciting that, given the wide range of people who would be happy to speak with the Leader of the Free World, the White House keeps choosing internet stars. We know you like the Vlogbrothers, Mr. President. We like them too!

The Hangout is available from a number of different sources: the White House YouTube channel, the White House website, and the White House Google+ page. We can only hope President Obama will answer the questions that are most pressing to the Internet Crowd. Mr. President, a matter of great importance: Can you do the Harlem Shake?