The ‘Harlem Shake’ Has Reached The Largest Networks On YouTube 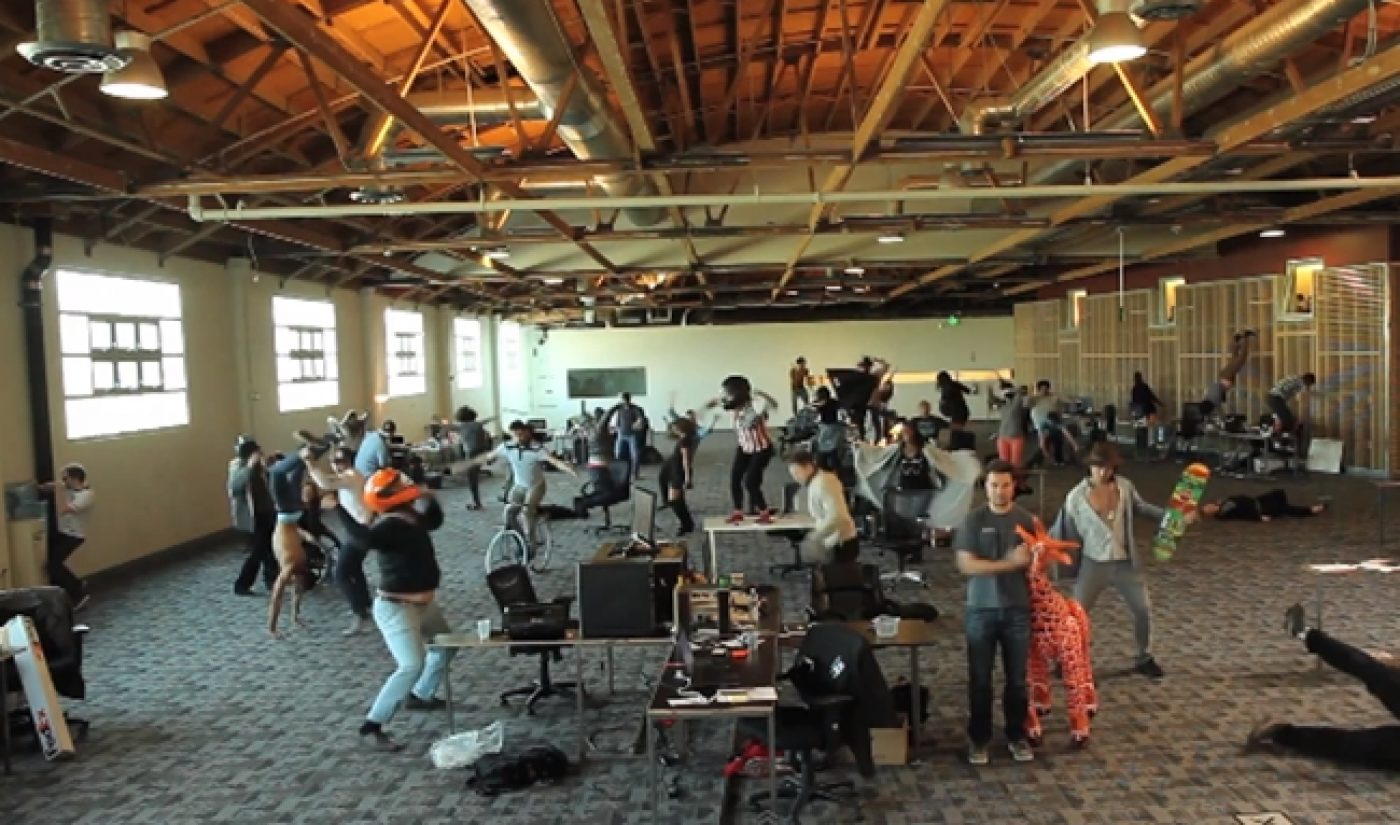 You may have heard about the “Harlem Shake”, the viral hit that is following in the footsteps of Crank Dat, the Stanky Legg, the Dougie, the Bernie, and Gangnam Style to become the next big dance craze on YouTube. After an amateur beginning, the Harlem Shake has now reached the highest levels of YouTube, with more contributions surely on their way.

The rules are simple: post a 30-second video with Baauer‘s “Harlem Shake” as the soundtrack, have one person dance awkwardly before the drop hits, and then complete the video with a jump cut to everyone dancing in the most ridiculous way possible after the drop. This simple formula has led to many hysterical videos: some in homes, some in dorms, and at least one in a dress shop.

Mid-tier YouTube creators, such as video game parody maker Richalvarez and goofy dancer Filthy Frank, were the first notable YouTubers to post their versions. Soon after, it hit the big time when Hiimrawn posted a video of the entire Maker Studios office getting down. Buzzfeed then joined in on the trend, as did tenth-most subscribed channel CollegeHumor.

Of course, the Harlem Shake craze is far, far from over. An industrious Facebook user is planning a gigantic group version in New York City. The Fine Bros will definitely have kids/teens/elders/YouTubers react to it. There will be a Minecraft version, if there’s not one already. If things keep going at this pace, we can expect Baauer to be a performer at the 2019 Streamys. Lock it in.