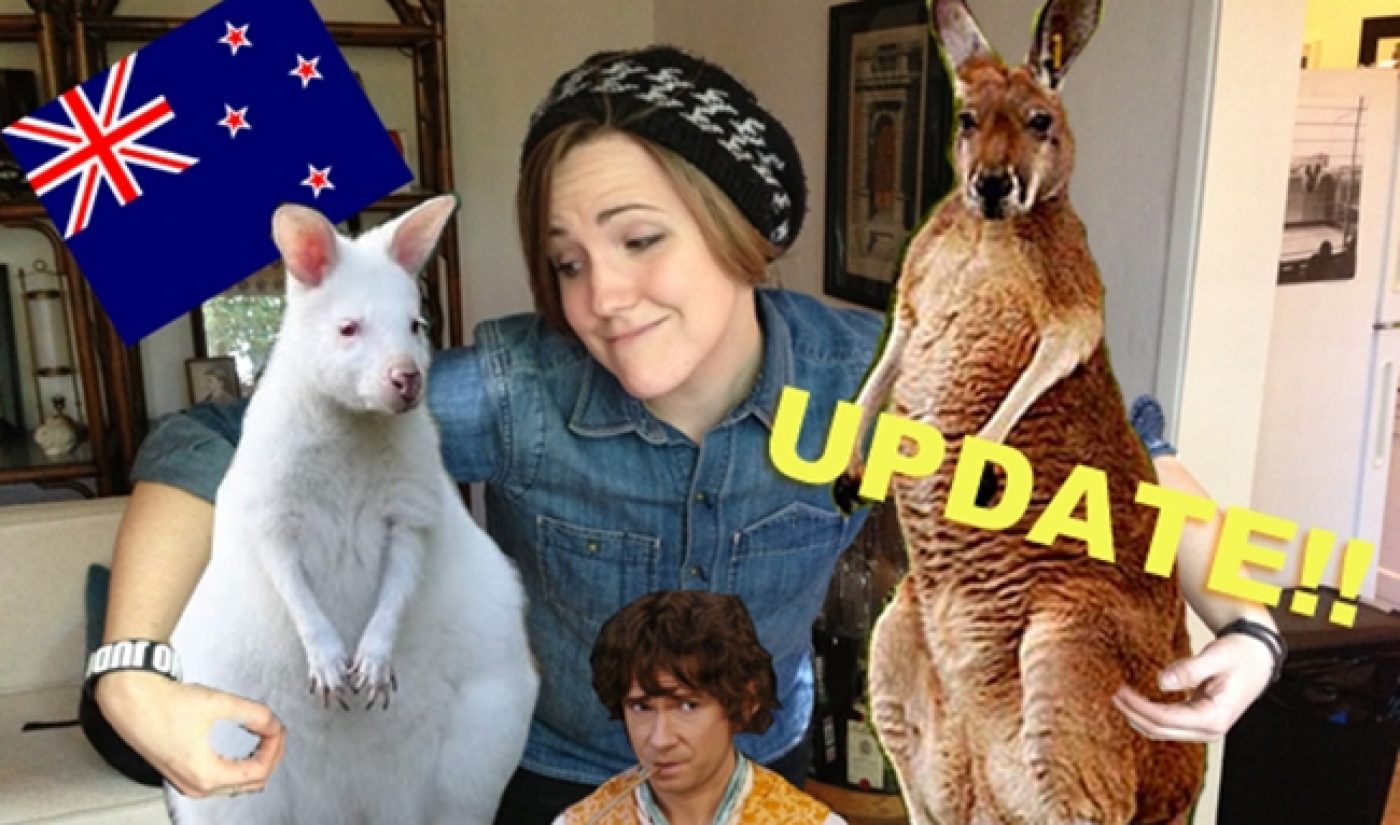 When Hannah Hart launched an Indiegogo campaign to raise money for her Hello, Harto road trip, there was never any doubt regarding her ability to raise the $50,000 she needed. Sure enough, Hart needed only six hours to scrounge up the requisite funds, ensuring the production of her new series. Nonetheless, 50k turned out to be only the beginning. The Hello, Harto campaign has officially ended, with the My Drunk Kitchen host raising a whopping $223,000.

Hello, Harto will take Hart to cities all over the world, where she will release travel vlogs detailing her experiences. Of course, My Drunk Kitchen will continue as well, with the show going on the road to various fans’ fully-loaded kitchens.

The money Hart earned will allow her to expand the scope of Hello, Harto beyond its initial US-centric plans. While Hart will still visit several American cities (with major metropolises such as New York, LA, Seattle, Cleveland, and Atlanta among the most represented options), she will also use the extra $173,000 to visit Canada, the UK, Australia, and New Zealand. All of the places where Hart’s fans have requested a visit are marked on a map she has released. It’s too bad she can’t show her one fan in Okinawa any love.

To thank all of her fans, Hart starred in a 12 hour “internet party”. The full Thankathon is available on her channel and features a bunch of her friends as guests.

The success of the Hello, Harto campaign is a reminder of how nice it is to be a YouTube star. I’m getting some big-time travel jealousy imagining Hart touring the world on her fans’ collective dime. Who knew getting wasted in your kitchen while leaving a camera rolling could be so fruitful?