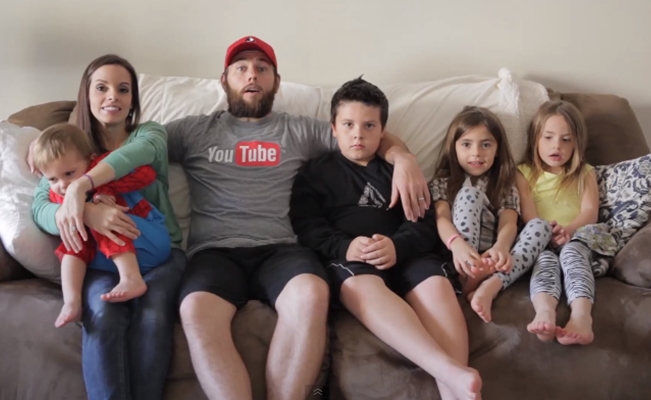 When he first discovered YouTube, Shay Butler was nothing more than a granite countertop salesman from Idaho. Now, four years later, he is more than 100 pounds lighter, a successful creator with more than one million subscribers and a founding member of one of the largest multi-channel networks on the internet.

Butler wants to tell his remarkable story. He has completed a successful Indiegogo campaign for I’m Vlogging Here, a documentary that will bring viewers into the world of vloggers. “This documentary will delve into what vlogging is, the rise of YouTube creators, and how vlogging has forever changed the lives of the vloggers, the viewers, and the industry itself,” explained Butler on the Indiegogo page. “We want to tell the story of how being a ‘YouTuber has changed the lives of thousands through the eyes of one family that has realized a dream come true of a dream they never knew they even had.”

Butler’s story could be an entire story in itself, but he plans to expand I’m Vlogging Here to include a host of notable YouTubers. Shay has confirmed PrankVsPrank, CTFxC, the Vlogbrothers, and CharlieIsSoCoolLike will be among the creators in his documentary. In addition, he’s offered an invitation to any enterprising creator: make a two-minute response to his Indiegogo launch video, and it could be featured in the documentary. “This is a documentary about vloggers,” he said, “and we want as many YouTube vloggers to be in this documentary as we can get!”

Unsurprisingly, the funding campaign had no trouble raising more than $200,000. With enough money secured, Butler is now set to begin filming, with director Corey Vidal and production team ApprenticeA in support.

When Butler’s film is completed, it will be available for free on YouTube. With its impressive collection of subjects, I’m Vlogging Here has a chance to be the most interesting YouTube documentary this side of Life in a Day.