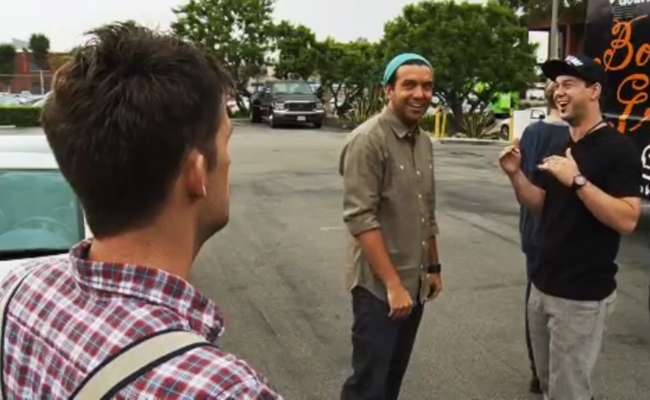 Comedy Central has long had its hand in the online video cookie jar. In addition to turning beloved web series into TV hits, the cable channel has also bought up influential online platforms and produced a few web series of its own, all while running a successful YouTube channel of its own. Comedy Central has decided it’s high time to turn its online presence into an official studio. President of Original Programming Kent Alterman has announced the launch of CC Studios, a new wing that will produce original comedy programming on the web.

Former Ovation exec Allison Kingsley is the VP of Digital Development for the new studio. “Allison uses techy words I don’t understand, so I know she’s the right person for the job,” said Alterman.  “Plus, as an added bonus, she has a great comedy sensibility.” Kingsley also expressed her own thoughts on the new endeavor. “CC Studios is an outlet for veteran and upcoming comedians to develop and incubate their ideas for whichever platform best serves the content,” she said.  “We’re excited to launch a supportive environment where the talent community can be inspired by social media and technology to create the work they love.”

Comedy Central understands the power of web-based original content; the popularity of its Key & Peele TV show has skyrocketed thanks to more than 100 million YouTube views (the sketch comedy duo accounts for more than half of Comedy Central’s YouTube hits). By curating web-specific content, CC Studios is gunning for future viral hits from both seasoned comedy vets and upstart newcomers.