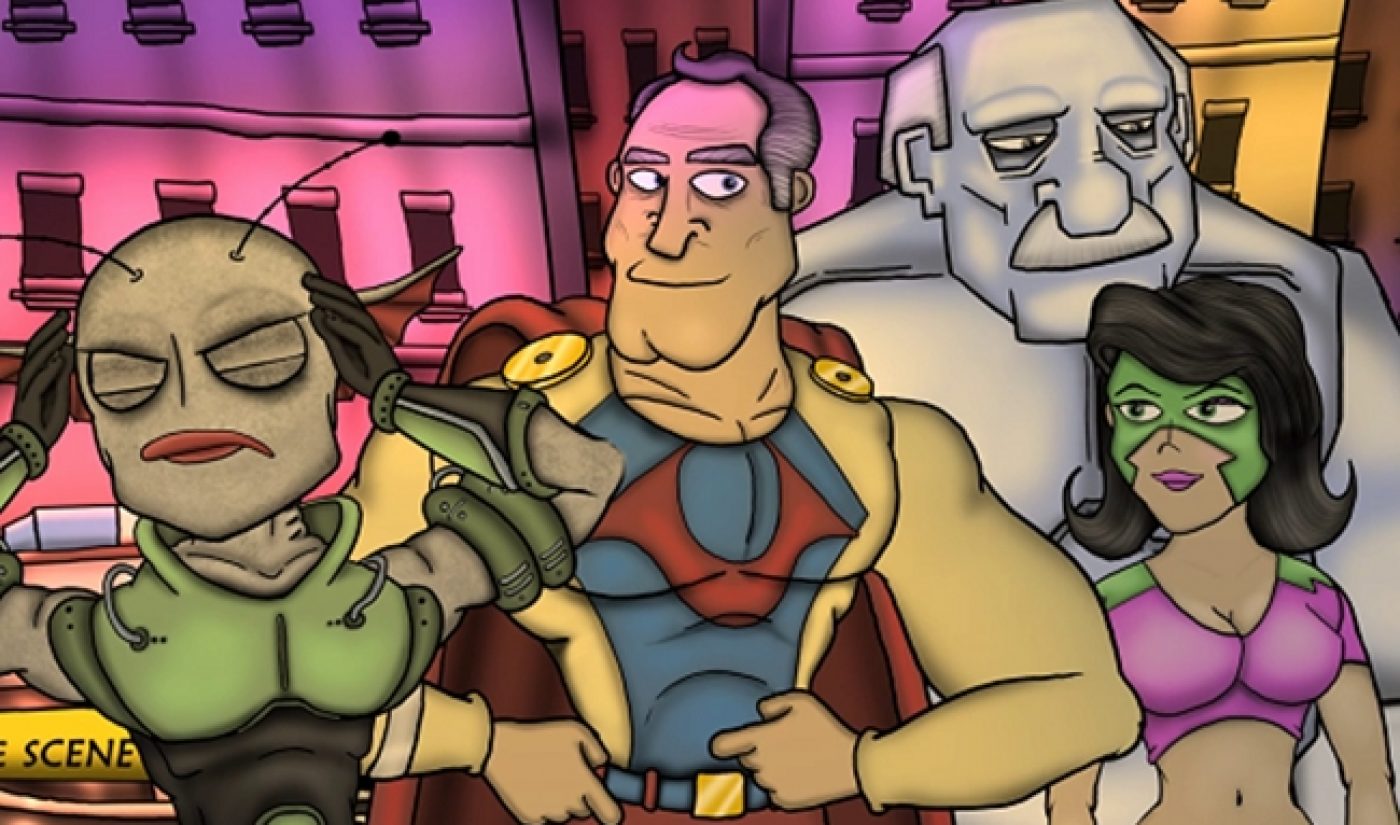 From Bravest Warriors to The Sidekick to Badman, YouTube is chock-full of superhero parodies. Now, a new entry to the burgeoning genre is allowing Machinima to get in on the fun. The top YouTube network’s Happy Hour channel is the home of Action Faction, a new series about a group of superheroes who must suddenly cope with an unexpected change.

At the end of the first episode of Jon Etheridge‘s new show, the event I’m about to spoil (you’ve been warned) changes the complexion of the narrative. “The idea behind Action Faction was basically the question of, ‘What happens when Superman dies?  Who takes over the Justice League?  How does he/she deal with it?’ explained Etheridge, “Obviously we couldn’t use Superman because we’d have a nice hard copyright infringement dick shoved in our ass so we created our own characters based on the classic superhero archetype.” True to form, most of the characters in Action Faction can be directly matched to classic Justice League heroes, with a full helping of goofy humor added in.

Action Faction is housed within Happy Hour, Machinima’s official feed for animated content. Etheridge explained that the eminent network’s low-key approach made it an attractive fit. “I had produced a series for [Machinima] called ‘Factual Game Facts About Facts’ which was a weekly series of animated videogame parodies,” said Etheridge. “I loved working with Machinima on that mostly because they left me the hell alone. My biggest fear was some sort of strict editorial control on whatever I made. We’re under a tight budget anyway so having some guy in a suit telling you what changes you need to make always throw a wedge into an already insane production schedule.  Luckily the team at Machinima just sort of let us do our own thing and that’s why I continue to work with them.” I don’t see Happy Hour and Etheridge battling over the creator’s AdSense account anytime soon.

Three Action Faction episodes have been released thus far; though there are a lot of fish in the superhero-deconstruction sea, but Etheridge’s work has enough laughs to stack up well. Considering the quality of previous animated superhero parodies, that’s saying a lot.