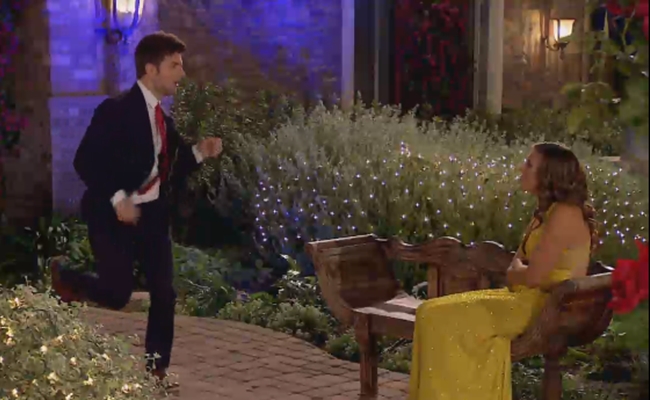 Second Season Of Burning Love To Arrive On Valentine’s Day

Burning Love, Ben Stiller‘s delightfully wacky parody of Bachelor-type shows, has a good chance to bring home some hardware at February 17th’s Streamy Awards, where it is nominated in five categories. No matter how it fares, however, Burning Love will be in the spotlight that week. The show’s second season is set to debut February 14th on Yahoo Screen, serving as a Valentine’s Day gift to the Internet.

The new batch of episodes will switch the focus to a Bachelorette send-up, starring season one contestant Julie (June Diane Raphael) as the ‘lucky’ lady. Though we’re sad to see first season bachelor Mark Orlando leave the spotlight, the new season’s trailer assures us there will still be plenty of laughs.

As with its predecessor, season 2 will feature an impressive roster of recurring cast members, including Michael Cera, Colin Hanks, and Nick Kroll. Web series standouts such as Joe Lo Truglio and Kumail Nanjiani will also be present. Despite all the other big names, I’m most excited to see what Adam Scott brings to the table. His goofy dance in the trailer is one of the best thing I’ve ever seen.

Hopelessly single people such as myself usually spend Valentine’s Day scoffing at their more love-struck friends. Burning Love‘s new season thus arrives at just the right time. It will remind solo flyers everywhere how no matter how blue they’re feeling, there are still plenty of nutty, shallow, unlikable people populating romantic reality shows all over the globe. Thank you, Burning Love.