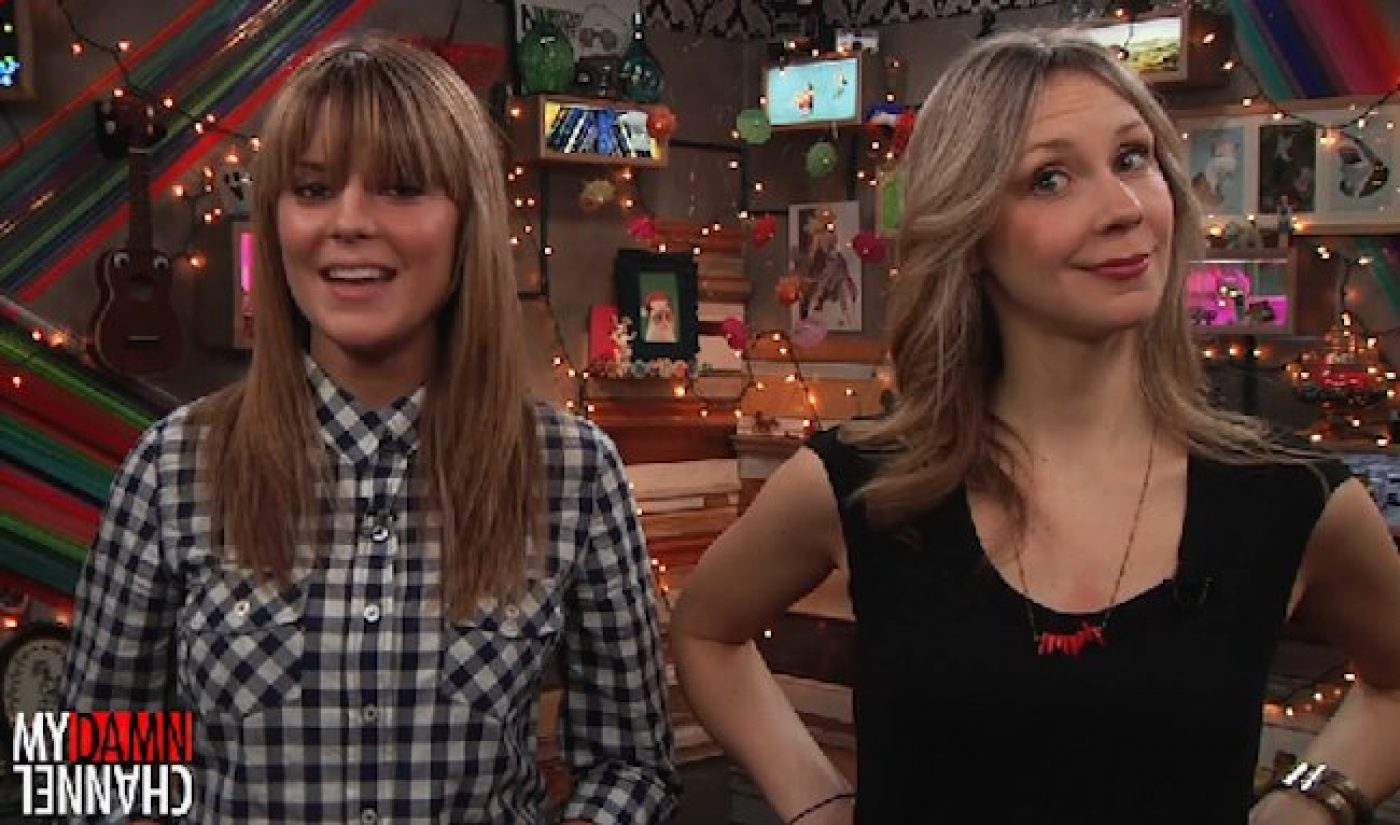 With over 176,000 subscribers and more than 70 million views on its YouTube channel alone, My Damn Channel is one of the internet’s more popular destinations for comedy. But now, the studio and network behind such web series innovations and hits as DailyGrace, My Damn Channel Live, You Suck at Photoshop, and Wainy Days hopes to dramatically up those statistics by bringing more quality programming into the fold.

Founder/CEO Rob Barnett just announced the launch of the My Damn Channel Comedy Network, a multi-channel (MCN) network that will expand MDC’s library to hundreds of comedy programs distributed across several YouTube channels and on MyDamnChannel.com.

DailyGrace (aka Grace Helbig) and fellow MDC personality Beth Hoyt put together a video in which the pair and their characteristically charming personalities help to explain the origins of the network and dish out some basic facts about joining. They also give a quick shout out to the first batch of programming already that’s already a part of their cool kid’s comedy club:

These and future members of the My Damn Channel Comedy Network were and will be personally vetted by My Damn Channel’s new Director of Programming and Acquisitions, Eric Mortensen (whose name you may recognize from his six-year stint at Blip). He will help manage, curate, and program the expanding network along with “Barnett, Co-Founder/COO Warren Chao; Mortensen; Editor-In-Chief Maria Diokno; Director of Talent & Audience Development Molly Templeton; Director of Production Melissa Schneider; and Director of Sales David Kaplan.”

“For the past six years, we’ve worked with some of the best talent in the world, who will continue to be funded by our network, advertisers and the major media companies hiring us to produce breakthrough original comedy,” said Barnett.  “We’re investing in the team and the infrastructure to make the My Damn Channel Comedy Network the first choice for fans and the right choice for talent.”

The YouTube Multi-Channel Network space is getting crowded, with new entrants announced every few weeks. And the list of online video comedy destinations is full of heavy hitters. But My Damn Channel may be able to carve a niche for itself within the MCN fray by targeting the plentiful supply of quality, serialized comedies from up-and-coming creators. The fact that My Damn Channel already has plenty of experience with prominent YouTube personalities (e.g. Helbig, Templeton) also won’t hurt when recruiting new talent.

It may be tougher for the My Damn Channel Comedy Network to initially bring on board a personality as successful as a DailyGrace and her 638,000+ subscribers, but it’s worth noting (and, I imagine, a big selling point for My Damn Channel) that she was also a part of the MDC family when her sub count read zero.

Learn more about the My Damn Channel Comedy Network here.