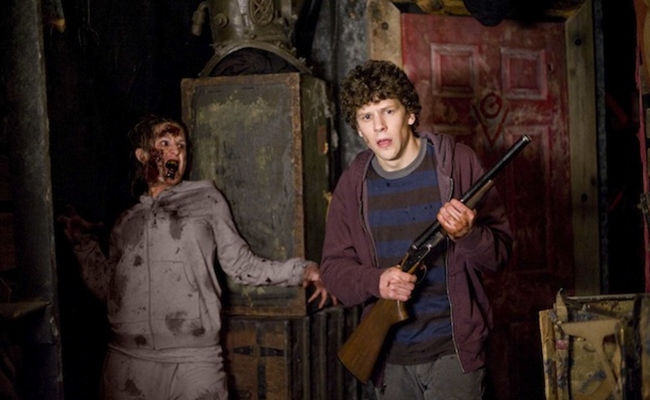 Did you know that Zombieland, 2009’s incredibly funny zombie parody, was originally planned as a TV pilot but was later changed to a film because its backers did not believe a show about running from zombies would be commercially viable? That fact is one of the many included in a recent report tying a planned Zombieland TV adaptation to Amazon Studios, which continues its push into the crowded online video industry.

Zombieland was initially tied to CBS, but casting has reportedly begun for an Amazon version, which will feature all of the main characters from the original film (except Bill Murray, unfortunately) alongside several new ones. No release date has been set, but 2014 seems to be the consensus guess. If you ever saw Zombieland, you can understand why this news is so exciting. Machinima is pumped:

The original writing team will return, which should include director Ruben Fleischer. Fleischer has had mixed results recently, but he will be the key cog for adapting the ‘franchise’ to an online medium. After all, Fleischer has worked with a major online distributor before, getting behind the camera for Ford’s branded Escape My Life series. His experience creating a competent online series should provide Zombieland with some requisite chops.

As for Amazon Studios, its potential Zombieland coup represents another attempt to reach the premium content heights attained by Hulu and Netflix, especially in the crowded comedy genre. They previously offered money for comedy pilots, and apparently got some high profile takers, as the studio’s upcoming comedy pilot battle royale features big names including Garry Trudeau, Kristen Schaal, and The Onion. By adding Zombieland, Amazon continues its search for the original series that will make its studio a household name. It’s the most epic quest this side of Woody Harrelson’s search for that elusive Twinkie.