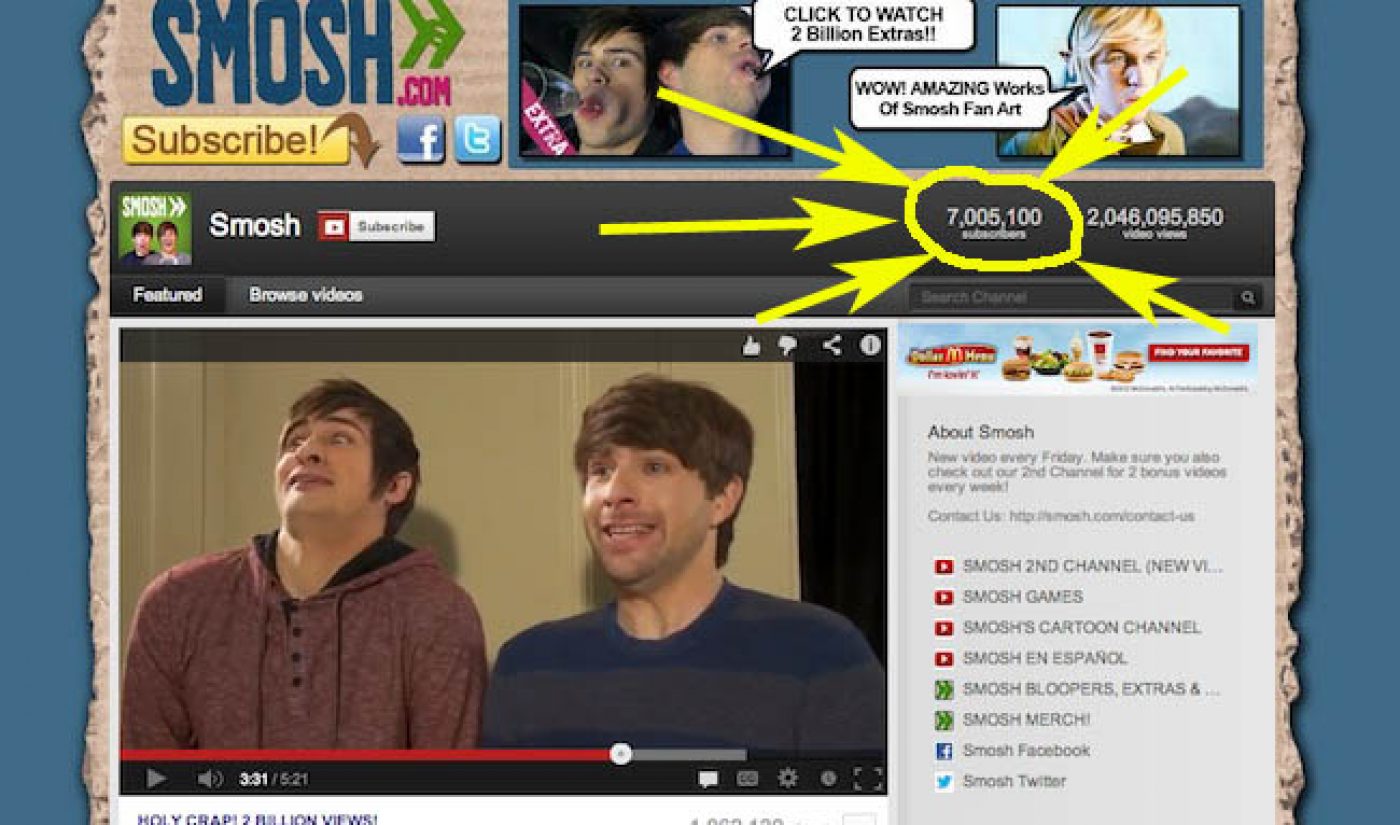 YouTube users have been subscribed to Smosh in droves. At the time the channel surpassed RayWJ to take the top spot on the YouTube charts, it was acquiring new subs at a rate of 17,926 per day. But since since Smosh has settled into its number one position, that rate has only increased. Padilla and Hecox’s premiere channel has added 19,931 subscribers per day over the past week according to VidStatsX, a 10% increase over its previous 90-day average.

YouTubers have been watching Smosh videos in droves, too. The channel broke its 2 billionth (with a “b”) view within the past week, too. Here’s Hecox and Padilla celebrating the achievement:

Jenna Marbles is the only other YouTuber with over 6 million subscribers. Coincidentally, she just became part of YouTube’s second most exclusive Subscriber Club today, too.