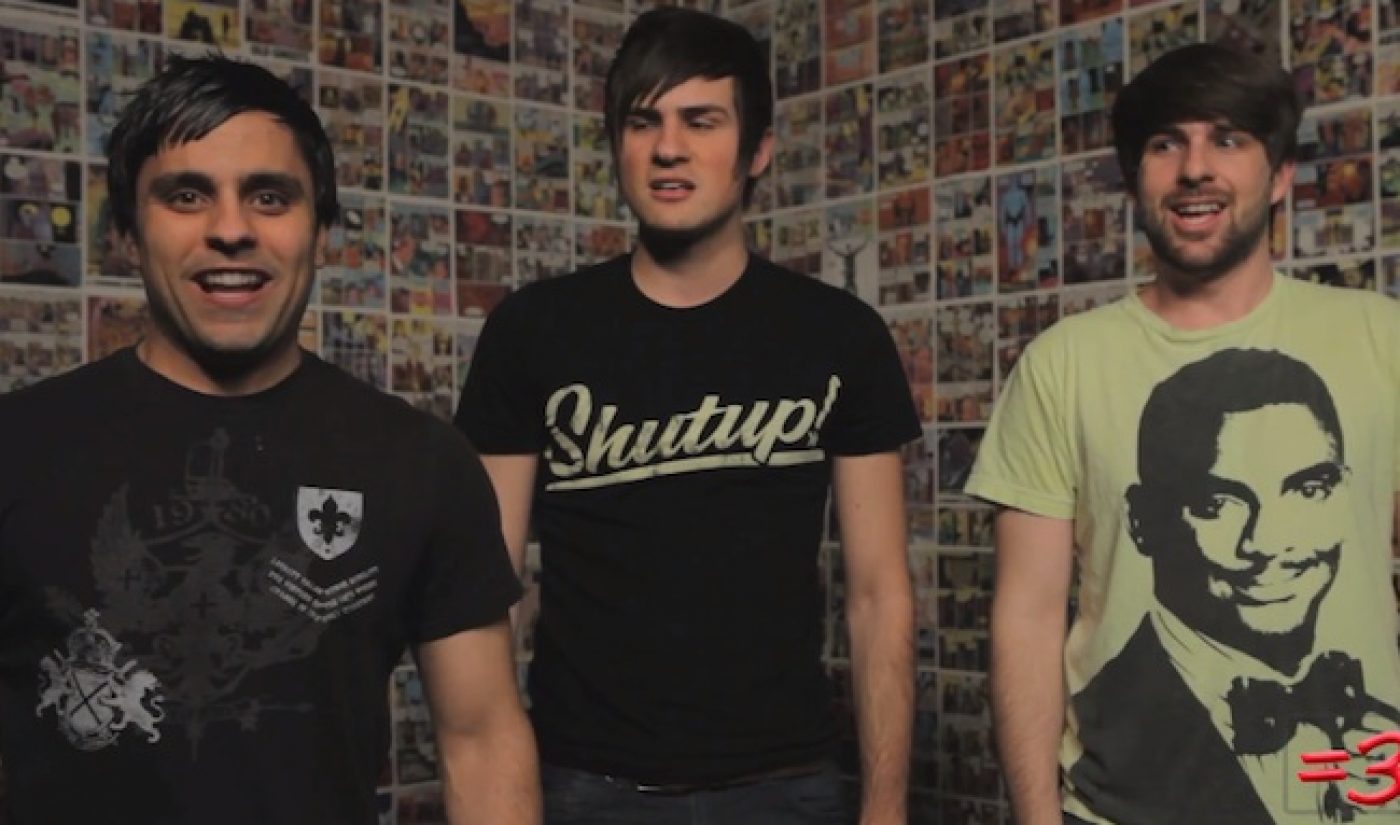 Let’s say you hold the title of the Number One Most Subscribed YouTube Channel on the planet and it’s something you’ve been in possession of for the better part of 19 months when a couple of twentysomethings with a penchant for goofball comedy rocket up the Most Subscribed YouTube charts to claim from you the top and most coveted spot in all of online video. What do you do? How do you offer them a genuine congratulations and gracefully step into the number two position while still making a few well-intentioned jokes at their expense?

If you’re Ray William Johnson, you invite that couple of twentysomethings onto your show.

Just days after Smosh passed RayWJ to become the number one most-subscribed channel on YouTube, the creator, host, and star of the viral video showcase show =3 invited Ian Hecox and Anthony Padilla to co-host an installment of his highly successful series. Self-deprecation, not-so-subtle references to the current order of channels on the Top YouTube Charts, good times, hair gel, and spot-on Johnson, Hecox, and Padilla parodies ensue, making this one of the best YouTube collabs in recent history.

Congrats to Smosh for topping the YouTube charts, congrats to Johnson for being such a good sport about their ascension, and here’s to hoping this sets a precedent for these kind of collaborations to coalesce whenever a new channel makes it to the top of YouTube’s Most Subscribed.