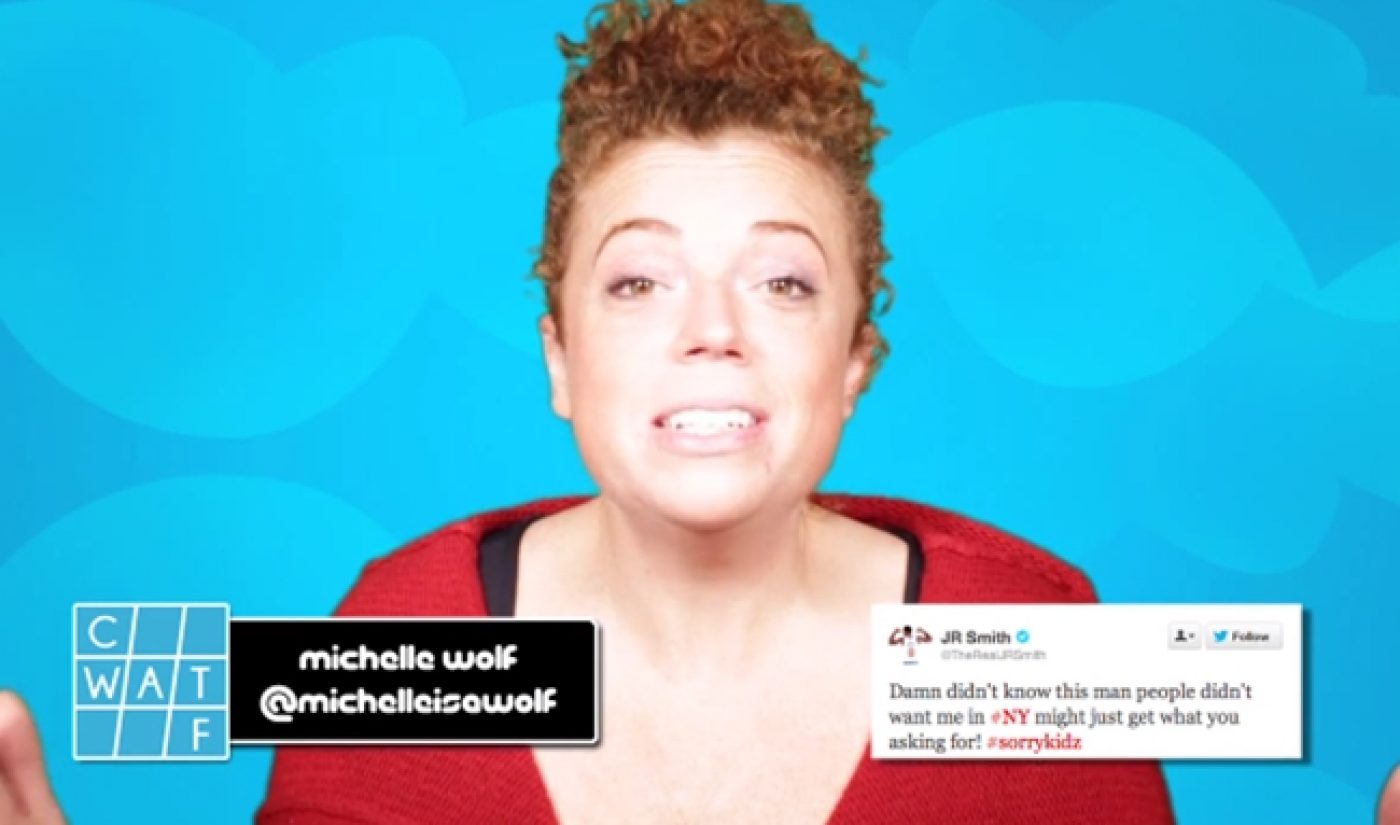 Ridiculing bad/strange/over-the-top Twitter feeds can be a work of art; for evidence, simply look at the witty replies to any of the technologically-impaired tweets from Iowa Senator Chuck Grassley. An independent web series has managed to turn the often goofy nature of celebrity Twitter accounts into a constant source of joy and tongue-in-cheek ridicule. The result is Conversations With A Twitter Feed, where comedians shoot the bull with an inanimate wall of text.

Conversations With A Twitter Feed is the creation of Alex Mann, a New York-based comedian who has written for Someecards among other pursuits. Each episode features a different comedian, many of whom are regular performers at Upright Citizen’s Brigade and The Pit or featured guests on Conan, Late Night With Jimmy Fallon, and other shows. Each comedian is paired with the Twitter musings of a notable celebrity, including a silly episode featuring talk show host Scott Rogowsky and the official Hooters feed.

The result is a silly show vaguely reminiscent of Conan‘s Nick Offerman from Parks and Recreation Reads Tweets From Young Female Celebrities segment, but without all the woodworking. Mann hopes the series can catch on with a network; personally, I think it would fit in well with Above Average‘s oeuvre, given the YouTube Original Channel’s tendency to feature work from UCB standouts. For now, all 23 Conversations With A Twitter Feed episodes are available on the series’ official YouTube channel. Enjoy them responsibly, and as Andrew WK’s recently featured feed would say, don’t forget to party.