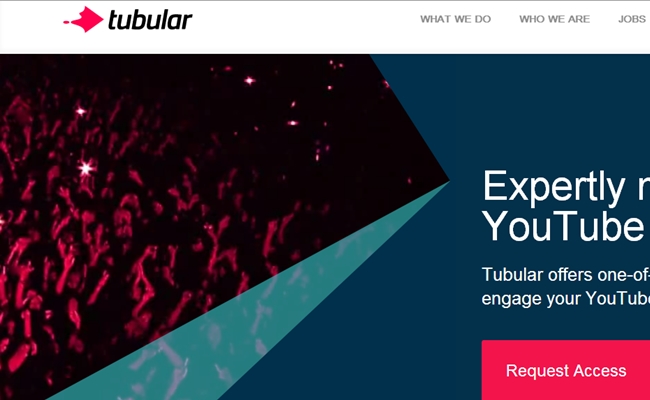 In early October, YouTube analytics platform Tubular Labs announced a $650,000 seed round of funding from high-profile investors such as Machinima CEO Allen Debevoise. A little more than two months later, Tubular has completed its Series A funding round, having raised a whopping $3.15 million from big names in the online video industry.

Tubular, founded by former Machinima exec Rob Gabel, seems to be attempting to wipe the floor with every other YouTube stat fetching site out there by providing a streamlined, far-reaching product. Given the list of Tubular’s investors, the idea that it could end up in use by most of YouTube’s big names is not a laughable one. In addition to Debevoise, Tubular has also secured funding from FirstMark Capital, High Line Venture Partners, SVAngel, Lerer Ventures, and Bedrocket Media Ventures. Bedrocket is particularly notable, given their tendency for incubating successful YouTube channels.

Gabel explained what sets his product apart from others:

“The online video industry is transforming at light speed with YouTube as the dominant open platform.  However, there is a hole in the intelligence that creators can gather, and a gap in the efficiency in which they can act on that intelligence,” said Rob Gabel, Tubular’s Founder and CEO. “When online video creators see Tubular data for the first time, their jaws drop.  It’s the most granular data they’ve ever seen about their audience, and they’re excited to use these insights to build deeper connections with fans and bring the most relevant advertising to their channels.”

Tubular has launched a private beta that is already in use by several of YouTube’s biggest names, including AwesomenessTV, Machinima, Chester See, and Taryn Southern. Us press folk may still use bare-bones sites for our statistics needs, but creators are soon to have a much more powerful product on their hands.