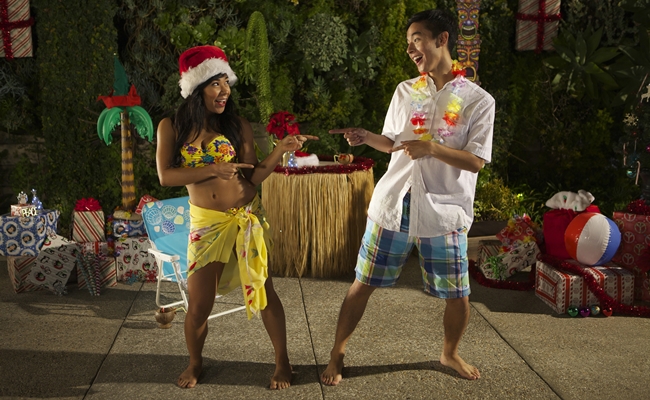 The holidays are a time for giving, and YouTube is doing its part to keep up the Yuletide spirit. The Vlogbrothers have raised over $441,000 with Project For Awesome, but they aren’t the only philanthropists in the online video world. DS2DIO, the dance channel started by Justin Bieber: Never Say Never director Jon M. Chu and producer Hieu Ho, is releasing four holiday videos, each one featuring a choreographer, a YouTube star, and a charity to which DS2DIO will donate $5,000.

Ho explained how the holiday video series came to be:

“In the spirit of the holidays, Jon and I wanted to do something to help give back… and we thought it would be fun to gather some of our friends and fellow YouTubers to spread a little joy through dance, while bringing attention to organizations that are really making a difference.  And lucky for us, our friends happen to be some of the best dancers and choreographers in the world.  We feel honored that Harry Shum Jr., Galen Hooks, Jamal Sims, and Chris Scott agreed to come aboard and help us create these videos.”

The first two videos have been released; in one, iJustine performs a dance routine to DMX’s rendition of Rudolph The Red Nosed Raindeer. In the other, KevJumba attempts to woo Galen Hooks with his best dance routine. MysteryGuitarMan and Streamy-nominated Mike Tompkins will appear in the other two videos.”It was like asking out one of the popular kids to the Homecoming Dance as the new kid in school,” said Ho of working with some of YouTube’s biggest stars. “A little nervous, we gathered the courage and mumbled out an invitation… and to our pleasant surprise, they said YES!!!”

Five charities will receive donations as part of the series, including a specific one for each video. “Each of our YouTube talent designated a charity of their choice (Charity: Water, The Supply Education Group, Sole Hope, Doctors Without Borders) of which $5k was given in their name.” explained Ho. “And on behalf of our creative directors and choreographers, we also donated $5k to the Dizzy Feet Foundation — whose mission is to support, improve, and increase access to dance education in the U.S. ”

DS2DIO previously wowed us with The Arena, and their new effort is proving their content can be kind-hearted as well as impressive. Be sure to keep an eye out for the last two holiday videos, and feel free to make a donation to one of the charities if you’re feeling jazzed.