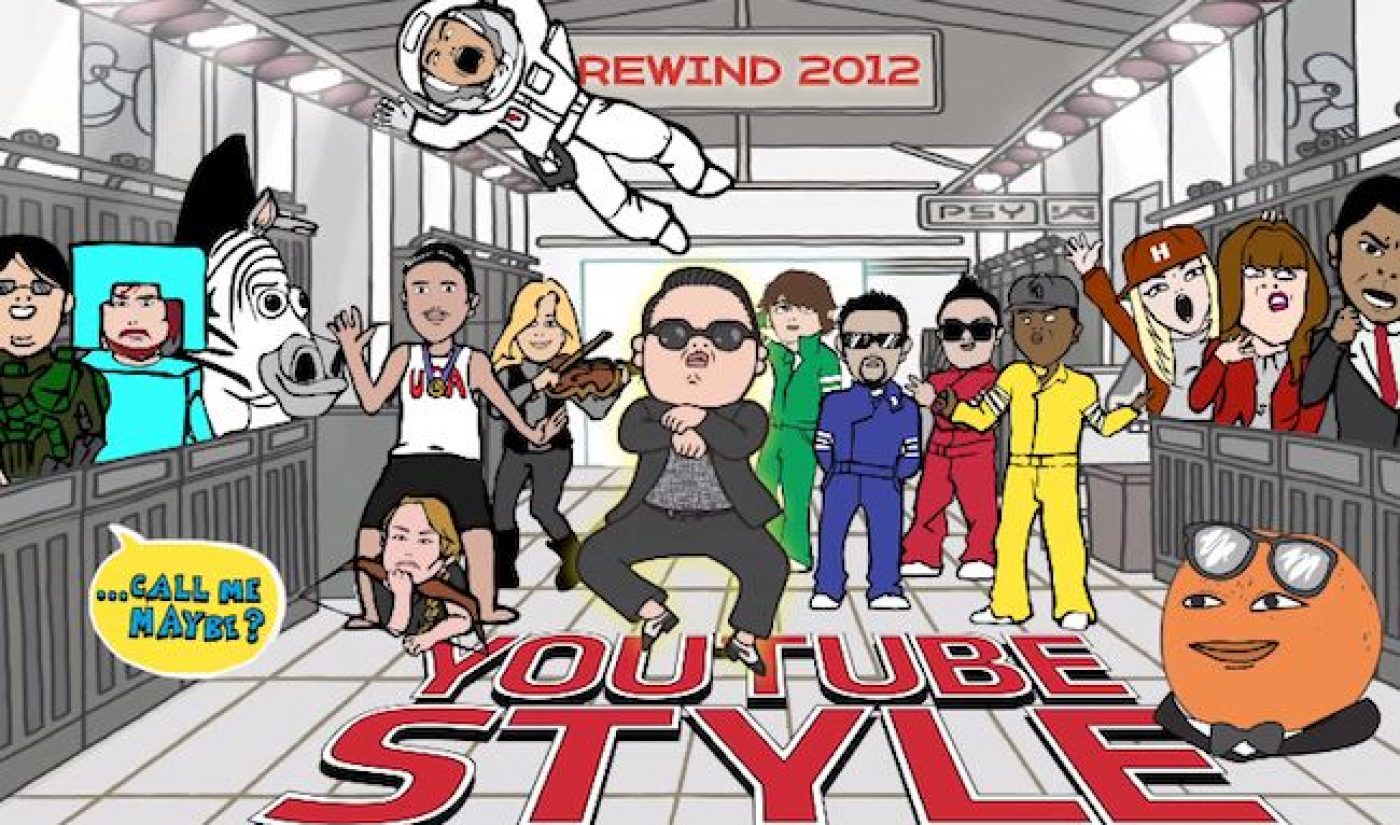 Rewind YouTube Style 2012 is the latest iteration of YouTube’s #Rewind video. It’s a condensed look at what videos the world watched most on the world’s most-watched online video sharing platform over the past 12 months.

The 2011 version of #Rewind was straightforward. But this year the producers that be at YouTube forewent a simple series of clips for their year-end vid in favor of a 4:15 music video that packs in a wide variety of freshly-shot action. That action is set to the beat and lyrics of a Gangnam Style / Call Me Maybe mashup and stars some of the most famous online video personalities on the planet, who coarsely reenact the top 10 videos with the highest view counts of 2012.

Click that play button and you’ll be sure to notice distinct similarities between Rewind YouTube Style and the top 10 most-viewed videos of the year below:

Rewind YouTube Style is also meant to be a kind of marketing tool for YouTube.com/rewind. The custom channel features playlists and interactive YouTube players that masterfully shows off the capabilities of YouTube annotations while allowing viewers to get nostalgic and scroll through the most-watched online videos of YouTube’s recent past. Viewers can click from January through December and look at the videos the world watched most every month or narrow the scope down by genre and geographic locale.

Here’s another laundry list of names you can find in the Rewind YouTube Style vid along with their corresponding channels for easy viewing. If you noticed that we’ve left anyone out, please let us know:

Rewind YouTube Style is a Seedwell production, directed by Peter Furia, produced by Furia and Beau Lewis, filmed by Catherine Goldschmidt, and edited by Furia and David Fine. If those names sound familiar, we totally knew who they were before they created epic end-of-year YouTube collaborations. Seedwell and company are behind the YouTube Original Channel American Hipster.