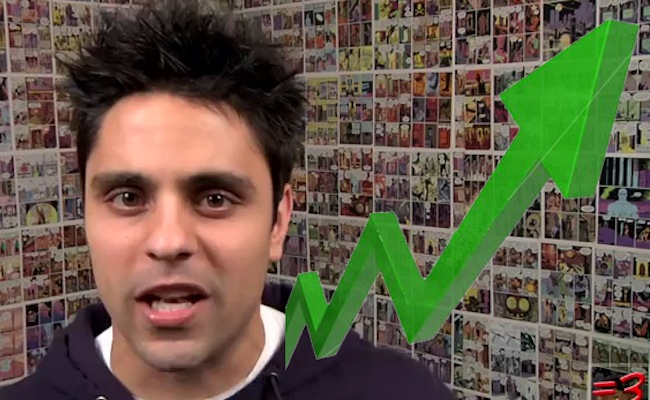 News broke late Monday night / early Tuesday morning of Johnson’s allegations against Maker. The most-watched personality on the internet’s largest video sharing site – Johnson has accumulated over 2 billion views on his channel over the past three years – accused Maker of holding a few of his assets hostage over contractual and intellectual property disputes. The story’s gotten a lot of press.

Since then, Johnson’s YouTube channel has seen a 130% uptick in its daily subscriber increase. That’s a lot.

Here’s a chart from VidStatsX that illustrates the recent subscriber rise:

Stats wise, it hasn’t been a bad week for RayWJ. We’ll let you know how it went for Maker when we get our hands on some data. Stay tuned.