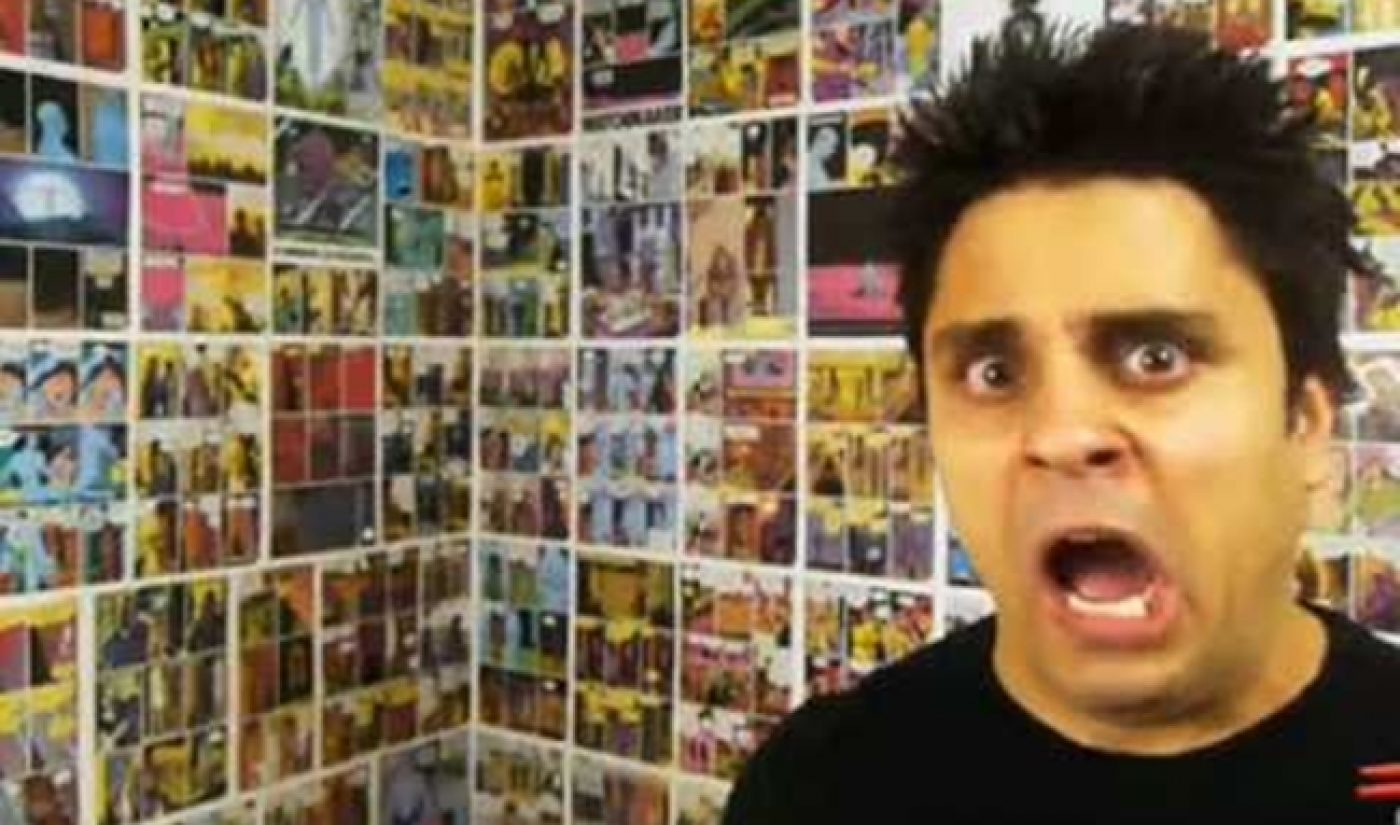 Did you think the Maker Studios/Ray William Johnson beef would end when Ray officially severed his ties to the prosperous YouTube network and formed his own studio? Well, you thought wrong. In a guest post on NewMediaRockstars, Johnson has lashed out once again, accusing Maker of “rather thuggish tactics.”

According to Johnson, he walked away from his contract with Maker after the #1 most viewed independent YouTube network wished to restructure the terms of his deal. Johnson claims Maker has refused to return to him control of his AdSense account, and says he will leave them alone once said transaction is completed. “I would only like for my Youtube Adsense account to be returned to me as promised so that I can move on with my life,” asserted Johnson.

Taking things to a level of pettiness only seen in Runaways episodes, Johnson has shared several texts he received from Maker CEO Danny Zappin, and they’re less than kind, to say the least. I think it’s fair to say Zappin is extremely hot about this issue, and given his Liam Neeson-esque threats, I don’t see any way this will be resolved short of a lawsuit.

Of course, at this point, if Johnson’s claims hold water, the most-subscribed YouTuber could be seeking legal action. It’s unclear if Maker is currently in violation of their contract with Johnson, but it’s something I expect him to look into nonetheless. For now, he continues to self-produce =3 on his popular channel.

Such is the landscape of the new YouTube, where YouTube networks and aspiring creators seem to be in a constant tug-of-war. If there’s anything to take away from this saga, it’s stated in Johnson’s final paragraph: “I hope that this story will make anyone in the Youtube community think twice about signing their Adsense over to a Youtube network or third party and that what I’ve gone through will help some digital content creators avoid the frustrations I’ve been dealing with.”

Of course, there are two sides to this story. I would be curious to hear what Maker has to say, if its leaders do decide to speak up on the issue. A source familiar with Maker noted they have had messy breakups with several top creators in the past, including Phil DeFranco, Shane Dawson, and The Fine Bros. At this point Maker’s higher up are unavailable for comment, and they are resorting to Twitter pettiness targeted at DeFranco. Speak up, guys!