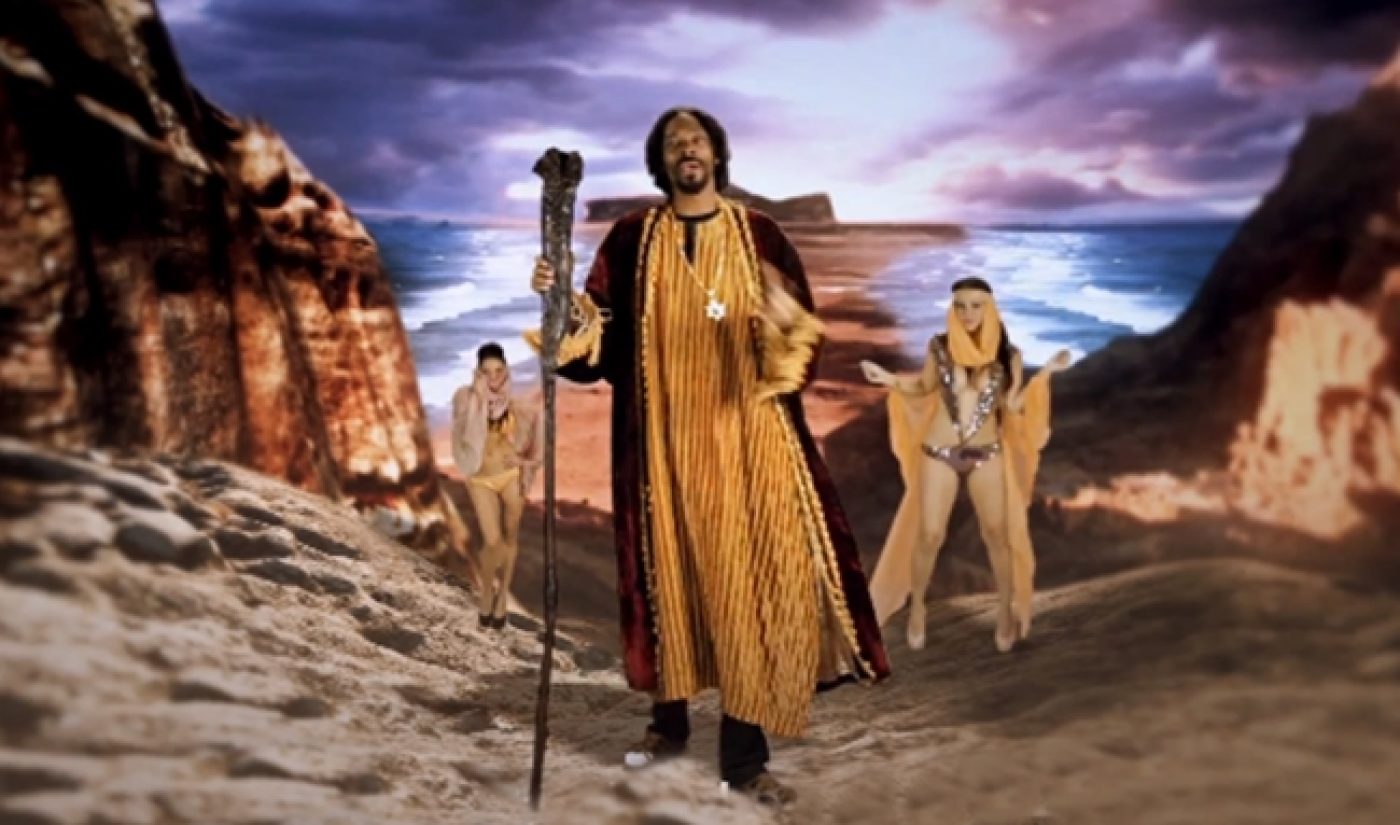 Snoop Dogg/Lion and his WestFestTV YouTube channel have been signed with Maker Studios since the summer, and for almost six months I have waited patiently for a Snoop cameo on another Maker-signed channel, Epic Rap Battles of History.

Finally, that day has arrived. Snoop is the guest star in the season finale of ERB, playing Moses. The rapping prophet puts his skills to the test against Nicepeter‘s Santa Claus and EpicLLOYD‘s elves. The result is an encounter of biblical proportions.

I can’t decide what my favorite Snoop line is; the revelation that he was ‘high up on the mountain’ when receiving the ten commandments was pretty fresh, especially given the Reddit IamA thread where the recently converted Rastafarian rapper revealed he smokes 81 blunts a day. His talk of ‘milk and honies’ was equally fly, but in the end, nothing made me laugh harder than when he called his home ‘the Israe-L.B.C.’

Snoop’s lyrical smackdown marks the end of the most recent batch of ERB episodes. In the recent flurry of activity, ERB continued to draw massive numbers, found itself in the company of some of music’s biggest stars, and produced several zinger-licious battles along the way. Given the series’ popularity, I would be surprised if we don’t see more battles after the new year, but for now we can only mine the archives for our favorite episodes and make predictions about future matchups (still gunning for Shaq vs. Tyrion Lannister!)

As for Snoop, he continues to host big time stars such as DeStorm on his GGN series, and given his recent Thanksgiving celebration (with Kassem G), don’t be surprised if he comes out with some sort of holiday fun. Personally, I’m content with the battle for now. Considering how long I’ve wanted this, it feels like Christmas come early.