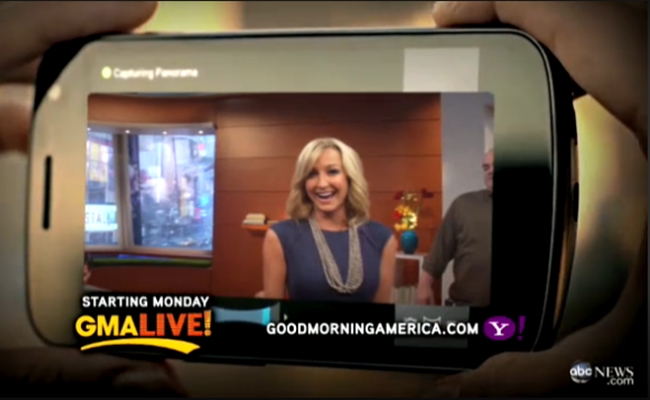 ‘Good Morning America’ To Bring After-Show Fun To The Internet

Out of the four major networks, ABC clearly has the strongest relationship with the online video world. In addition to the multiple creators it has snatched up for TV deals and it’s symbiotic relationship with YouTube during election season, ABC has also been quick to create web companions for its popular shows. A few months after it began airing a Dancing With The Stars after-show web companion, the network is giving the same treatment to its long-running AM program, Good Morning America.

The web companion will be titled GMA Live, and it will begin at 9:15 AM every weekday, with the first episode airing on December 10. Though a short teaser trailer has been released, it’s hard to get a beat on what GMA Live will feature, though a statement from Executive Producer  Tom Cibrowski gives us some hints. “This is a chance for our gang to put their feet up and bring everyone backstage right after we get off the air,” he said. “We are going to have a great time pulling back the curtain a bit.”

There aren’t too many regular morning shows on the Internet, with Hulu’s The Morning After probably representing the current gold standard. In addition to its major network affiliation, GMA Live will introduce its four well known hosts– Josh Elliott, Lara Spencer, Sam Champion and Amy Robach—to the glorious Internet. Will GMA Live be able to snag its own audience separate from the TV show? We’ll begin to learn the answer in a few days.