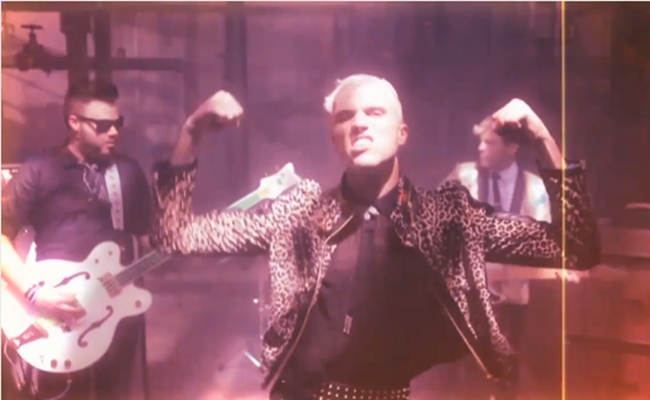 During the election season, CBS Interactive jumped into the top 10 in the comScore online property rankings, thanks in large part to the network’s large library of political videos. What CBS must do now is capture its momentum and continue to build up a base of solid content. The network has a widely-viewed YouTube channel and an easy to navigate video hub on its website, but it is still far behind potential competitors such as AOL and Yahoo in terms of original content.

CBS Interactive has recently green lit a few new web series, most of which are companions (such as the network’s new Inside NCIS feature). One of the new productions is Stageside Live, a concert series featuring notable artists performing at The Moody Theater at Austin City Limits. The first performance, featuring alt-rockers Neon Trees, took place the night of December 5th.

I think CBS can make a great music web series, but this one needs some work. For starters, check out the trailer for the Neon Trees performance, which was posted to YouTube:

Yeah, I’m not sure why it keeps repeating the same promo over and over either. I get that I was really supposed to take home the central message, but what purpose does the ad nauseam repetition serve? Is it a plot to drive engagement? An honest mistake? A psychology experiment?

I would’ve love to embed Neon Trees’ actual performance, but it’s not available on Stageside Live’s web page, despite an invitation to “watch Neon Trees STAGESIDE LIVE from Austin, presented by AT&T, on-demand right here.” When you compare the lack of content here (as far as I can tell) to YouTube’s exhaustive and widely-available coverage of the Austin City Limits festival, it paints a clear picture of CBS’ inexperience in the web production field. The interactive medium is all about access, and for whatever reason we’re not getting it.

Stageside Live (which is sponsored by AT&T and produced by Stageside Productions) will pick up next month with the rock band Keane. We’ll see if time allows the series to round into shape; I personally haven’t given up hope for it, because I know the network that contracts web series aficionado Anthony Zuiker can do better.