New Fine Bros Show To Feature All Of Your Favorite YouTubers 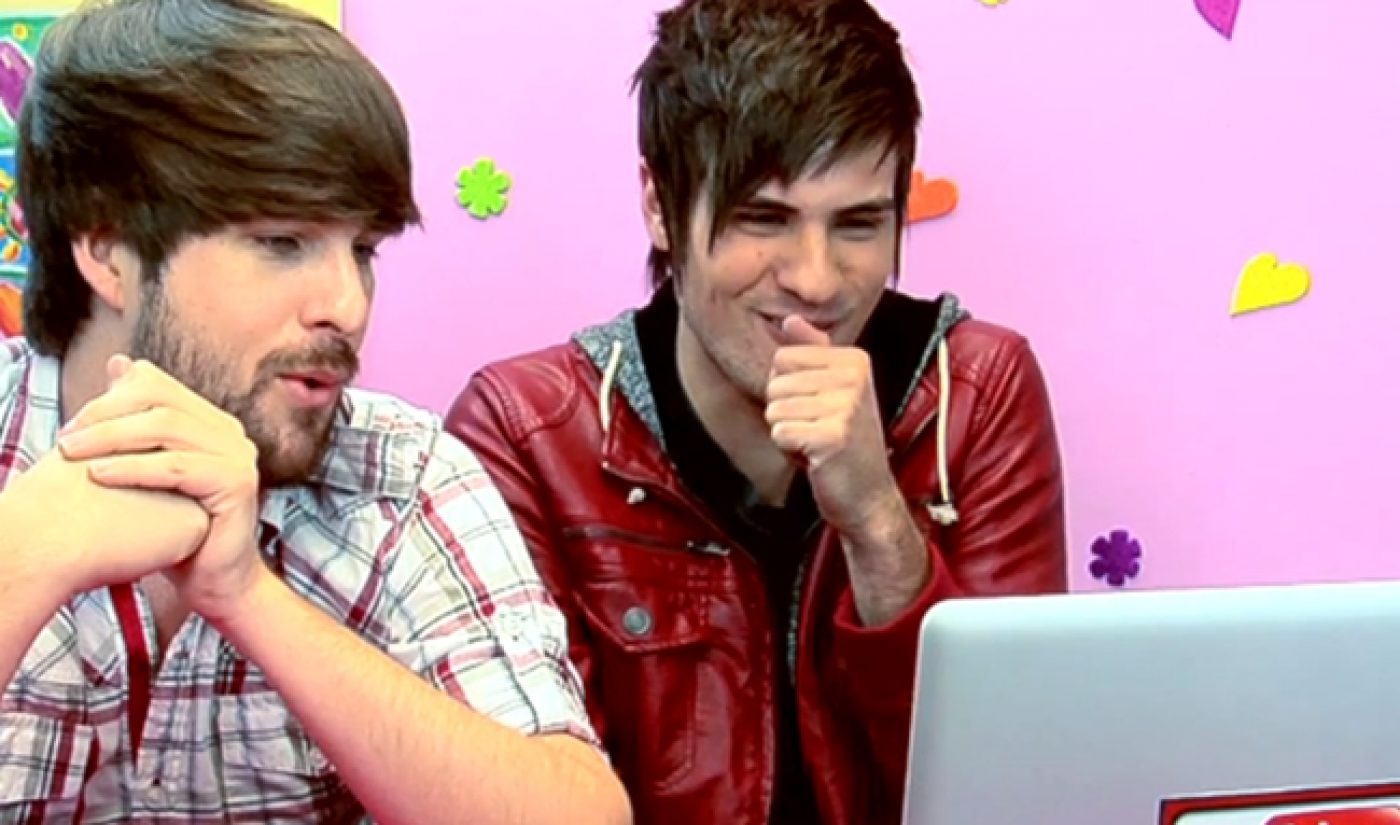 The Fine Bros can thank Kids React for launching them to 2.155 million subs and YouTube superstardom. When that idea started to get a little stale, the duo introduced Teens React, which somehow managed to reach even higher levels of popularity. When they needed an EVEN FRESHER idea, they turned to our nation’s seniors, and Elders React is probably my favorite variation.

A new version, however, may challenge for that title. The Fine Bros will soon debut YouTubers React, which is exactly what it sounds like: as with previous installments, the featured group (in this case, notable online video stars) will sit in front of a computer, watch a video, and let Benny and Rafi film their reactions. What’s notable is the sheer number of famous faces involved in this project. They go by pretty quickly in the trailer, but we get to see iJustine, Smosh, Epic Meal Time, Shane Dawson, ShayCarl, CaptainSparklez, MysteryGuitarMan, TimothyDeLaGhetto and Tay Zonday. So yeah, it’s going to be a pretty stacked lineup.

The first episode will be released on December 6, and judging by the Instragram photo of the Fine Bros and Shane Dawson, the YouTube stars have already stopped by. What we don’t know is what will make up the actual content of the show. After all, most React episodes feature people responding to YouTube trends, but how can someone react to a YouTube trend if they are the YouTube trend. Judging from the faces in the video, whatever the YouTubers are watching is probably pretty gross. I bet it’s this.

What’s worth nothing here is that the Fine Bros now hold a fair amount of marketing power in their hands. If they like a series, they have the ability to show it to all of the world’s most popular YouTubers. Exposing a video to that many big names has got to be good for publicity. If I were a YouTube creator, I’d be groveling at Benny and Rafi’s feet right this instant.