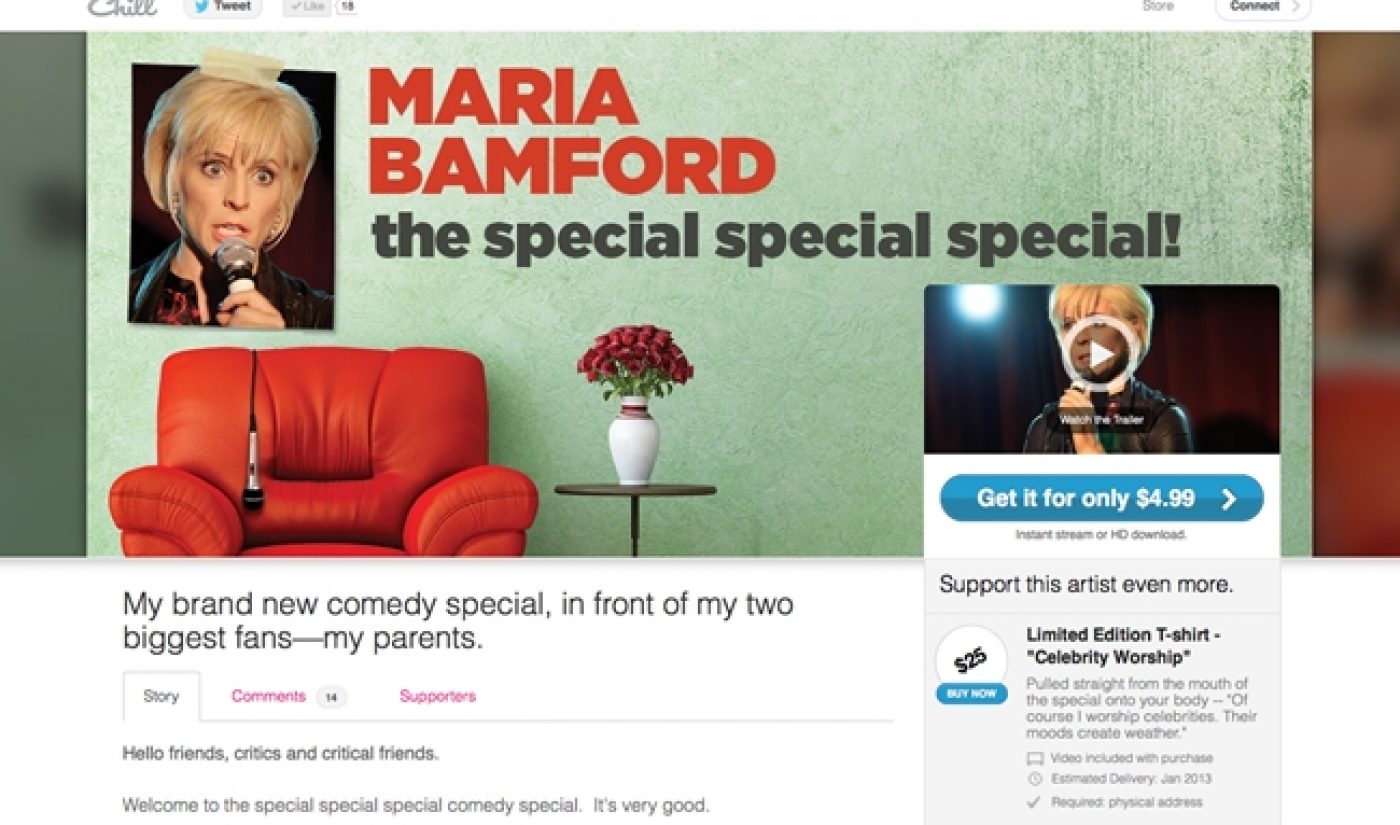 At the Tubefilter Meetup on December 4th, our panelists will discuss the viability of pay-to-view online video platforms. In advance of that event, the Meetup’s sponsor has rolled out its own premium distribution service. Distribution site Chill has opened up Chill Direct, a pay-to-view service that launched on November 29th with Maria Bamford‘s comedy special as the featured event.

As we previously discussed in this space, Bamford’s ‘Special Special Special!’ marks her return to the online video world after a four year absence. Bamford previously hosted The Maria Bamford Show, which was released on the Super Deluxe comedy website until that entity was absorbed by Adult Swim back in 2008. Bamford’s series was an under-appreciated gem back in the day, and her new special adds on four years of added neuroses into the mix. Also, she still lives with her mom (if the special is to be believed).

The Chill Direct platform seems to function similarly to Vimeo’s recently launched pay-to-view section. Creators are encouraged to monetize their content through Chill, where they are allowed full creative control. Self-distributors can spice things up by offering Kickstarter-esque ‘perks’ to viewers, such as video chats, merchandise, and dinners. Great, now I’m hungry again.

Though the Bamford special is clearly the main draw of Chill Direct’s early slate, there are number of other offerings already available for instant viewing or pre-order. One of our Tubefilter Meetup panelists, Ugly Betty star Michael Urie, is offering a documentary about high school speech and debate teams, titled Thank You For Judging. Another panelist, Dan Dobi, will release his Please Subscribe documentary (about YouTube creators)  via the platform. Other programs include several sci-fi series and a film about Ray Kurzweil. I’m curious to check out the later because, you know, nanobots.

Bamford’s special provides instant credibility to the fresh-faced Chill, and if you want to discuss the platform in more depth, be sure to show up at Busby’s East on December 4th.