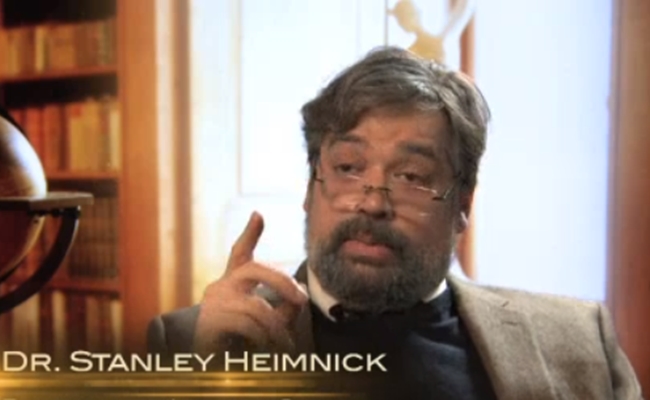 The Onion Rolls Out Riotous Mockumentary On Origins Of The Web

The Internet. You use it every day for e-mail, Facebook, and, most importantly, Tubefilter. But where did the Internet come from? Despite Al Gore’s attempts to clear up the matter, we still don’t know the true origins of the World Wide Web. Luckily, The Onion has arrived to save the day. They have debuted The Onion’s Extremely Accurate History of the Internet, a web series on Yahoo Screen that chronicles the early days of the Internet as understood by the nation’s most popular satirical publication.

I don’t want to butter this series up too much, but Extremely Accurate History is absolutely hilarious. So many jokes are packed into each line that you may miss one because you’re still processing a funny from earlier in the sentence. The show combines one-line gags (similar to what you would expect from the typical Onion headline), ridiculously inaccurate info boxes (stylized as ‘web facts’) and a handful of silly characters, such as an academic ‘expert’ who releases his writings on a Miley Cyrus fan page under the name BroccoliNutz22.

Extremely Accurate History is the second web series that has been recently produced by The Onion, following their absurd Onion Talks, a parody of the self-indulgent nature of TED Talks. While that series is currently seeing release on The Onion’s YouTube channel, Extremely Accurate History is distributed via Yahoo Screen. Yahoo’s ‘Comedy Channel‘ will soon be home to several more shows, including a new season of Burning Love, the Bachelor parody whose first season was a smashing success.

I’m not sure if there’s anyone left who is unconvinced of The Onion’s ability to generate hilarious comedy, but Extremely Accurate History should have enough laughs to finally bring around those spoilsports. If you’re already aware of how funny The Onion can be, I don’t see a reason why you’d dislike this series. But you don’t have to take my word for it—go check it out yourself.