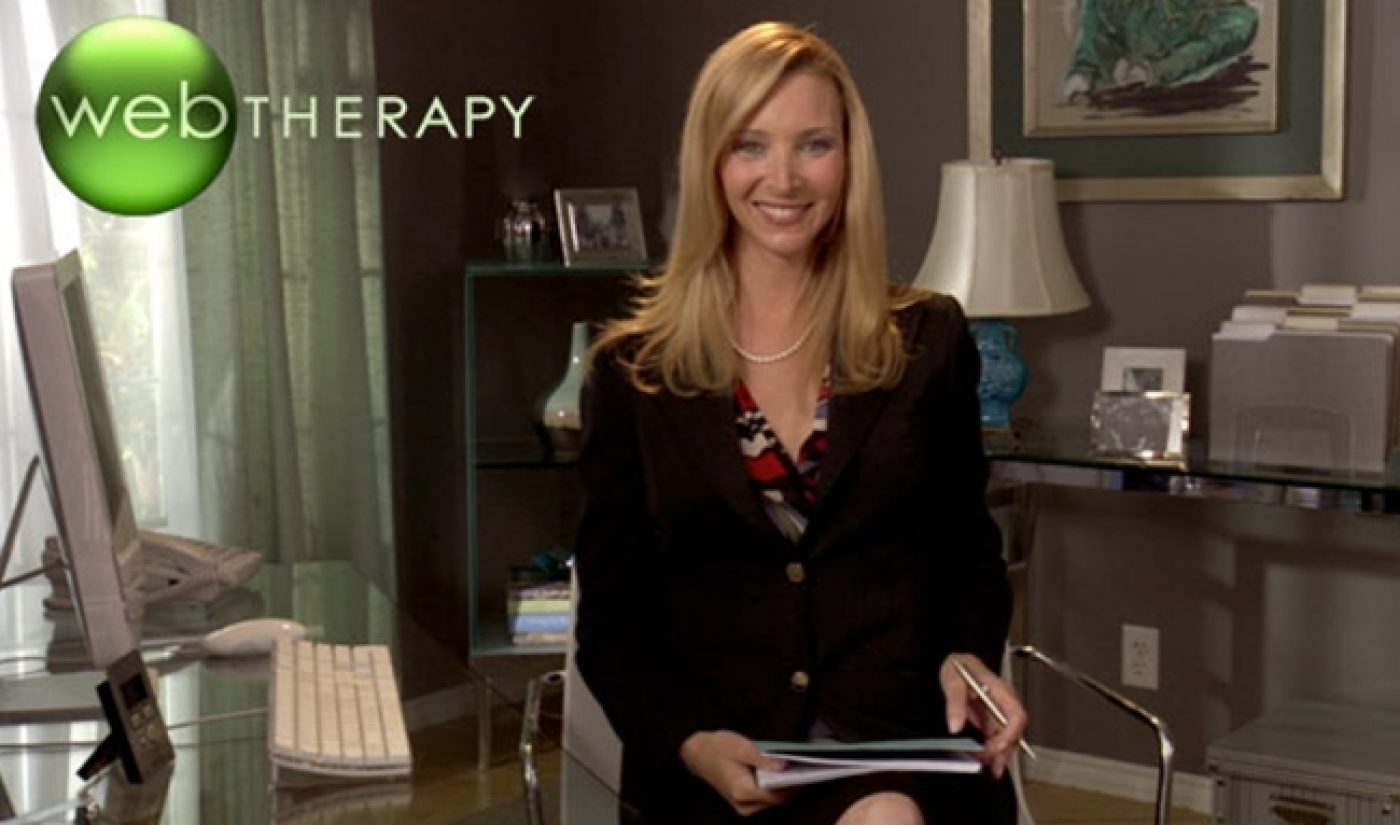 We’ve wrote extensively about Web Therapy, the Lisa Kudrow web series that has gone from Lexus Lstudio web series to Streamy-nominated darling to half-hour Showtime TV series. Web Therapy‘s upward ascension will continue in 2013, as it has been officially renewed for a third season.

Web Therapy, for the uninitiated, stars Friends alum Lisa Kudrow as a psychotherapist who analyzes her patients via FaceTime. Most of the comedy is derived from her vain, self-important personality, as she feels her methods are more important than her patients problems. To get a good feel for what the series has been up to recently, check out last season’s premiere, which Showtime was kind enough to post in its entirety on YouTube (as it has done with several of its shows).

Web Therapy has featured several high-profile guest stars in the past, including Conan O’Brien, Courtney Cox, and Meryl Streep. During season 3, we can expect several more cameos from well-known comedic actors. Matt LeBlanc will be the next Friends star to appear on the show, while Meg Ryan and Jesse Tyler Ferguson will appear as well.

The Web Therapy web series has run for four seasons, and is still available on the Lstudio web site. The show’s multiplatform success is a shining example of a web series making the jump to TV, and we’ve spent a lot of time speculating about which other series will make that jump. Right now, my money’s on House of Cards, even if we haven’t seen more than a two-minute trailer of it.