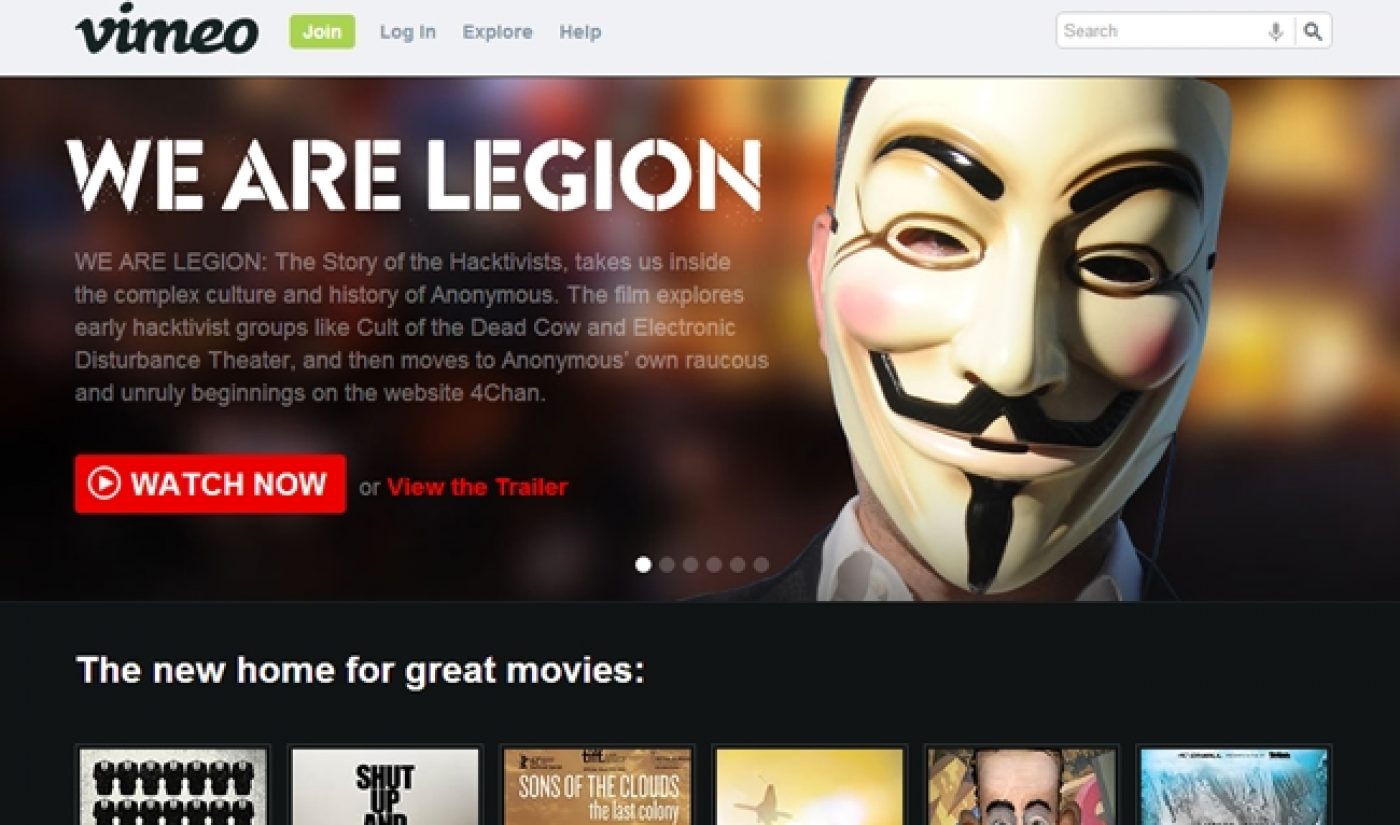 A few months ago, Vimeo introduced a tip jar feature that allowed viewers to easily donate money to videos they enjoy. Now, the video sharing site that provides a more artsy alternative to YouTube’s mainstream goliath has rolled out a pay-to-view hub that will allow creators to charge for their films and will allow viewers to see hyped-up indie releases (among other choices) that aren’t available anywhere else.

The interface is similar to the movie hub at YouTube, but the selection of films is wildly different. While YouTube advertises mainstream films on its movies homepage, Vimeo has rolled out a preview of its pay-to-view service with six critically acclaimed indie films, several of which have won awards and top honors at film festivals. One of the most interesting options is We Are Legion: The Story of Hacktivists, which was an SXSW darling and is presented on Vimeo alongside its trailer.

While We Are Legion looks like a fascinating documentary, it is also an example of how Vimeo’s service is still finding its feet. An older version of the film is still–for now–available on YouTube, and $5 is a high asking price for a mere rental. While YouTube offers more expensive purchase prices, Vimeo does not. Netflix Instant has emerged as a great discovery engine for indie films, and if Vimeo wants to do the same, it probably will have to become a less rigid platform.

Of course, what we’ve seen is just a preview; the full service will roll out in 2013, and it will certainly be much more flexible. Creators will be able to set their own prices, viewers will be able to access their purchases on any device, and there will be no distribution companies hogging the profits. I’ll restate what I wrote in my last article on this feature: If the flexible pricing can be fine-tuned to include a ‘pay-what-you-want’ feature, I think many creators will turn to Vimeo as a no-frills distribution platform.