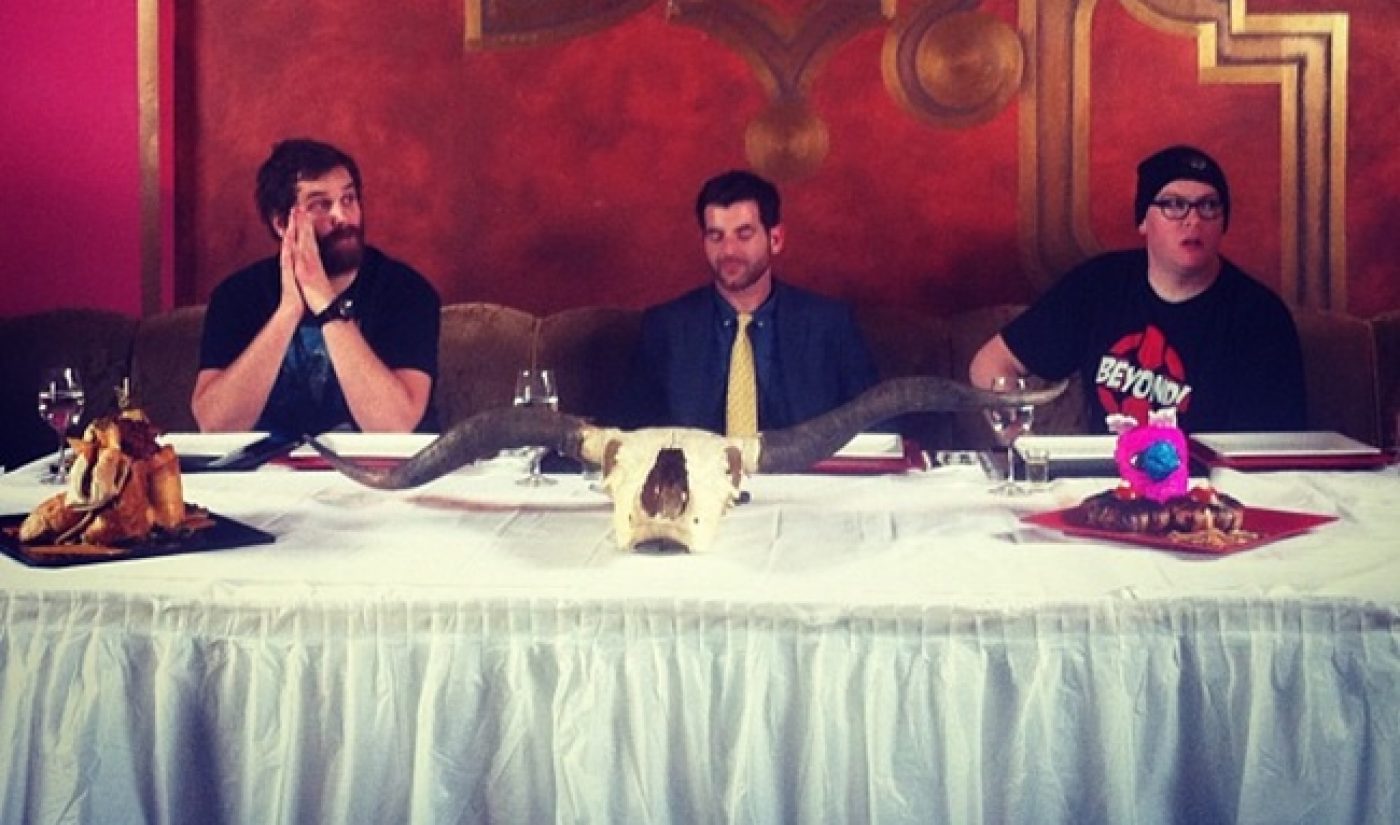 Muscles Glasses, the mysterious, chiseled, bespectacled member of the Epic Meal Time crew, spent part of his afternoon on Reddit, answering questions from fans as part of the site’s IamA section. Muscles answered several questions about his life and the show, but he’ll soon have much more to talk about, as the Epic Meal Time crew is working on Epic Chef, a new show that will send up cooking competition shows in typically humorous Epic Meal Time fashion.

Highlights from Muscles’ IamA included his response about how he deals with the bowel movements caused by the consumption of Epic Meal Time‘s fattening food and his reminder that fans should read his response in a Morgan Freeman voice (Muscles hasn’t spoken on the show since the first episode.) He also informed fans that the cost of food is “a lot”, the amount of YouTube money the show makes is “a lot”, and the likelihood that he’ll ever speak again on the show is “fuck you.” You can check out the whole IamA here.

Muscles played a starring role in the most recent Epic Meal Time, where he plays a stereotypical horror movie villain as the group constructed a “Frankenpig” to celebrate Halloween. The horror-themed hog was adorned with chicken feet and stuffed with bacon pasta to create a grotesque (and probably really delicious) abortion of biology.

In addition to continuing their regular show, the Epic Meal Time gang (signed with The Collective) will also star in a new upcoming series, titled Epic Chef, where two contestants will have to prepare a sumptuous and extravagant meal involving two incongruous ingredients (think candy bars, sausage, and sardines). If the featured photo above is any indication, then Epic Chef will be just like Iron Chef, but with a lot more bacon and bleeped-out cursing. We’ll have more on the show soon; it’s set to release sometime this month.