Status Kill Season 2 In Full Effect On My Damn Channel 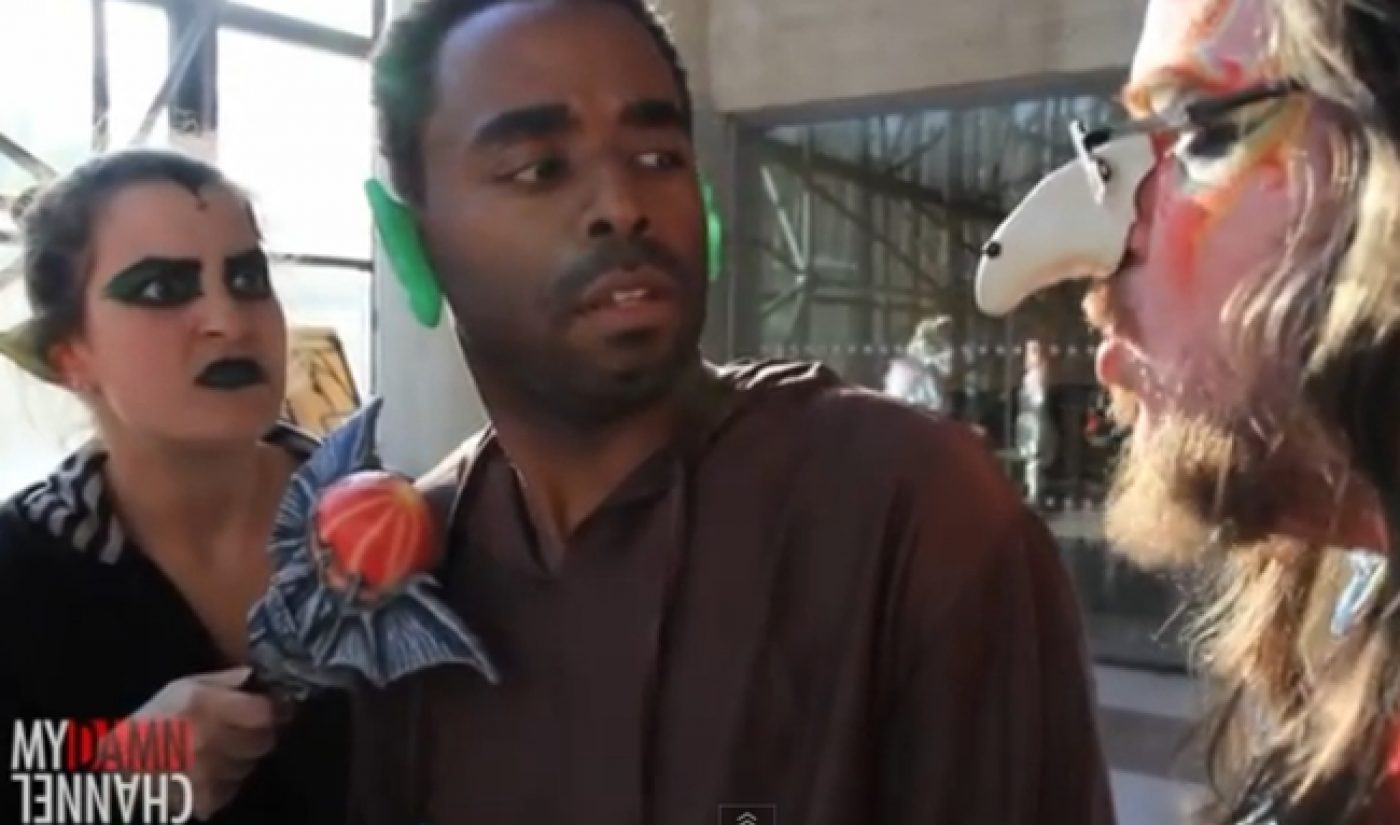 When we last took a look at Jesse Cowell‘s Status Kill, it was an independent production on Blip. After experiencing some success, the sci-fi comedy about social media abuse has given us an entire second season on My Damn Channel. The second to last episode of the latest batch of Status Kill installments was recently released, with the finale coming up in the middle of November.

Since being added to the My Damn Channel, Cowell has changed things up a bit. Instead of detailing Sparks’ own dependence on social media, all of the episodes attack annoying social media habits by forcing Sparks to interact with exaggerated characters who exhibit poor Internet form. Check out the latest episode, where Sparks must infiltrate a network of trolls (some of whom are, fittingly, dressed as trolls.

Status Kill is most enjoyable simply because we’ve all been there. Who hasn’t been forced to deal with vague Facebook users and check-in addicts and big talkers? The universality of this theme continues to make Status Kill a winner before we even factor in the fairly neat sci-fi design.

Status Kill isn’t the only series making a mark on My Damn Channel. The YouTube Original also hosted a bevy of Halloween content featuring their very own Daily Grace, vlogger Tyler Oakley, and Hannah Hart. If you love Hannah Hart (and seriously, who doesn’t?), it’s worth going back and checking it out before Halloween becomes unfashionably passé (that is, until next year).

Don’t forget that My Damn Channel also hosts Mark Malkoff‘s ever-present Bill Murray silliness. If you like the channel’s stuff, share it with your friends, but don’t go crazy with the tagging. We all know that’s a status worth killing.