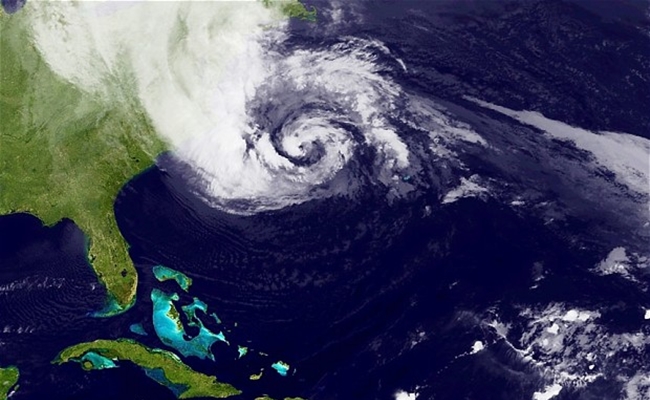 As a New Yorker, I will be confined to my apartment all day today for fear of stepping out into the heavy rains and whipping winds of the ‘Frankenstorm‘, which is mainly composed of the incoming Hurricane Sandy. Luckily, the Internet is well prepared for the storm, with several outlets offering rained-in Easterners live stream and video coverage of the storm.

Livestream.com is hosting an event on its website offering an event with live cameras and up-to-the-minute storm warnings. Right now, there’s not too much going on, with a feed of New York City and some of its roadways along with live coverage of the huge surf building up out on the city’s beaches (A full moon is creating a very high tide to exacerbate the incoming storm.) Check out the Livestream.com coverage below.

For those people hoping for a stream from a more reputable meteorological source, The Weather Channel is also hosting a broadcast, which can be viewed on the network’s YouTube channel. The Weather Channel’s official website also has some video up to catalog their most salient coverage, so check that out as well if you want the full scoop.

YouTube has devoted a section of its front page to spotlighting Sandy-related video. In addition to the Weather Channel live stream, YouTube has also provided easy access to several statements from politicians, including a message from President Barack Obama and storm advisories from New Jersey Governor Chris Christie and New York City Mayor Michael Bloomberg.

If you’re on the East Coast, make sure you’ve stocked up on all of your household essentials and be safe today. With all of this exhaustive storm coverage on the Internet, you don’t need to leave your house (or even turn on the TV) to learn the latest Frankenstorm news. Stay safe and happy streaming!