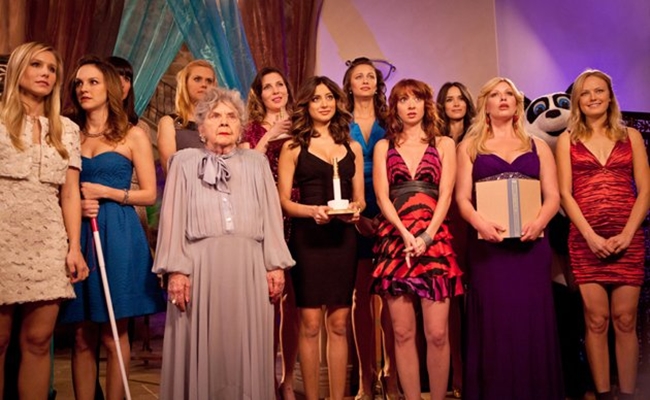 Yahoo knows that in order to bring in viewers, it must keep up with competitors such as Netflix and Hulu, both of whom have brought in high-quality talent to create premium content for their platforms. Knowing that, they must’ve been very pleased with Burning Love, the reality show parody that featured a large number of familiar faces and won critical acclaim for its recently completed first season. Yahoo is hoping to continue this success; it has been announced that Burning Love has been picked up for two more seasons, which will air on Yahoo Screen in 2013.

The show, which is produced by Paramount Digital Entertainment, features the support of executive producer Ben Stiller, who also has a supporting role in the series. “We are very excited to keep Burning Love on the fire,” said Stiller, “get ready for it to get hotter and hotter till it scalds your comedy taste buds off.”

The first season of the show ran for 14 episodes and wrapped up back in July, with hunky firefighter Mark Orlando (played by series director Ken Marino) choosing a mate among a motley collection of ladies. We don’t want to give anything away, so experience Burning Love for yourself by starting at the beginning or skip to the end if you just want to learn the winner (and see Ken Jeong in drag):

For season 2, Burning Love will change to a Bachelorette-style conceit, and will likely skewer that show with the same ferocity that it parodied The Bachelor in season 1. Julie (June Diane Raphael), who had a role as one of the rejected ladies, will surely have a bizarre collection of men to choose from (season 1 featured an old lady, homeless woman, and nudist among its contestants). Only time will tell if the big names who appeared in previous episodes (Kristen Bell, Malin Ackerman, Adam Scott, etc.) will return, but we should expect a host of new appearances to keep things fresh.

Season 3 will switch things up again: that installment will be called Burning Down The House, and will feature a ‘rejects reunion’ conceit similar to The Bachelor Pad. If there is a season 4, who knows where it will go (perhaps into a big house). In the meantime, we can be glad we’ll have two more (hopefully funny) seasons of Burning Love to eat up.