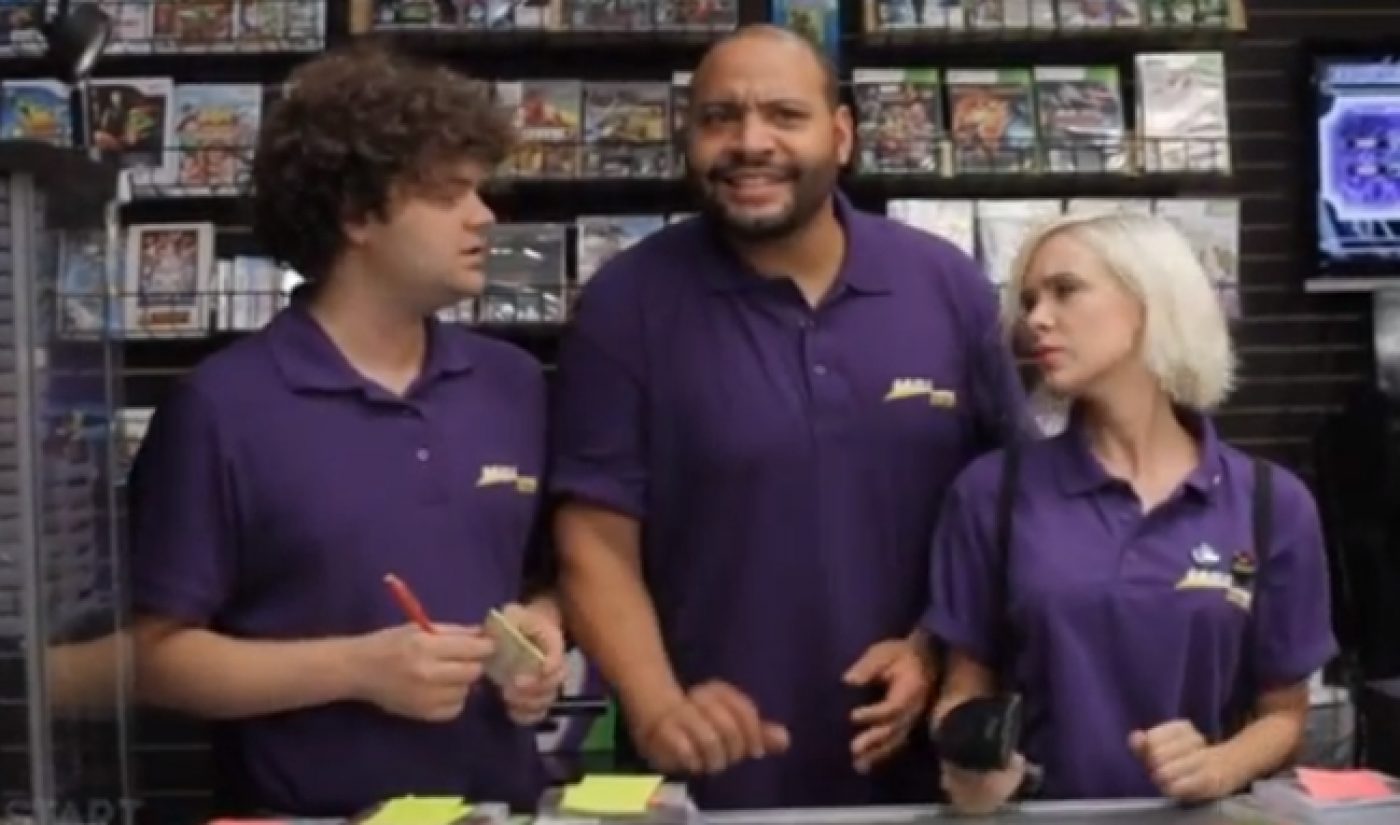 IGN and Machinima are both among the top ten most viewed YouTube channels, and both have a channel featured in the YouTube Original Channels Initiative. Machinima Prime has made a splash of late with the release of Halo: Forward Unto Dawn, and now IGN’s START channel is increasing its output as well, releasing two new series this week with several more on the horizon.

The first and most prominent debut is Game Shop, produced by Principato-Young Entertainment, which chronicles the misadventures of four twentysomething employees at a video game store. Anyone who’s ever been in a Gamestop understands the oddball nature of many game store employees, and Game Shop seeks to hit on the most common stereotypes. The four main characters are gamer girl Chloe (played by Heroes and Dexter‘s Brea Grant), walking encyclopedia Terry, nervous wreck Igor, and player Marcus (in whom I see a hint of Romany Malco’s character from The 40-Year Old Virgin.) The first of 12 episodes was recently released on START, and new episodes will debut every Wednesday.

In addition to Game Shop, START is distributing Castlevania: Hymn of Blood, a fan-made series based on the popular Castlevania video game franchise. Fan-made tributes have been known to leads to bigger, more official projects, as we learned after Kevin Tancharoen went from Mortal Kombat fan filmmaker to director of the upcoming feature film based on the series. Hymn of Blood probably isn’t on Mortal Kombat: Legacy‘s level, but it looks like it could be some fun. The series was created by Warp Factor 2, a production team that makes up for a lack of special effects by creating what seems to be a fairly deep and compelling storyline. Michael Dorn and Marina Sirtis of Star Trek: TNG fame provide the series with some experienced acting talent. New episodes of that series will debut on Tuesdays.

These two series represent the beginning of a busy season for START. In the next 3 months, the channel will debut a geek-oriented reality show, a zombie series, and a new season of The Next Game Boss. Credit START for not backing down from Machinima Prime’s stiff competition. With these new shows, the channel is forging its own identity in the world of scripted, gaming-related web series.