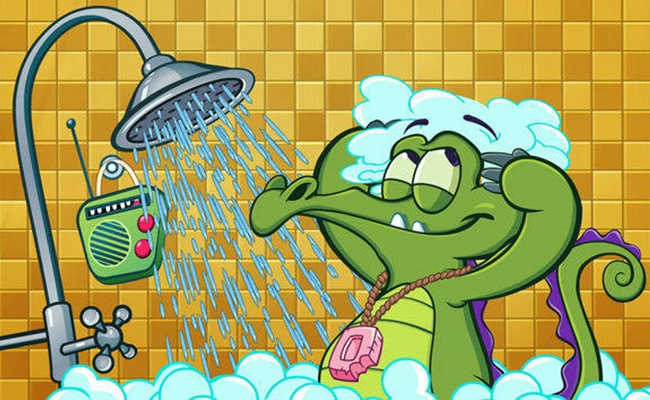 First Episode of Series Based On Disney’s ‘Where’s My Water?’ Hits Web

Swampy’s Underground Adventures, the web series based on Disney‘s popular Where’s My Water? mobile game, has been on our radar since we saw the trailers for it last month. The first episode has now been released on both Disney.com and the DisneyShows YouTube channel.

For the uninitiated, Where’s My Water? centers around an alligator, Swampy, who cannot access his water supply due to faulty plumbing. The player must dig a series of ditches in order to get the water flowing again, with the goal of allowing Swampy to take his bath. With that in mind, I expected Swampy’s Underground Adventure to involve plenty of bath and plumbing-related hijinks. However, this wasn’t the case. Swampy discovers a fire extinguisher that was somehow clogging his drain, and uses it to woo a female alligator away from the advances of Cranky, Swampy’s wrong-side-of-the-tracks nemesis.

So it’s not very nuanced stuff, but no one is going into Swampy’s Underground Adventures looking for Blue Velvet. Is it bright and colorful, despite being set in a sewer? Yes. Will kids enjoy its very broad and slapstick comedy? Probably. Will they respond to the series by imitating the vaguely human noises that the alligators emit? For your sake, I hope not. Swampy’s Underground Adventures performs its intended function, so watch it if you want an innocent, kid-friendly show and don’t expect it to change your life.

Oh, and make sure you tell your kids that fire extinguishers can’t actually be used to fly, because I’m pretty sure Disney does not want that lawsuit on their hands.