What If The Presidential Debate Was An Epic Rap Battle? 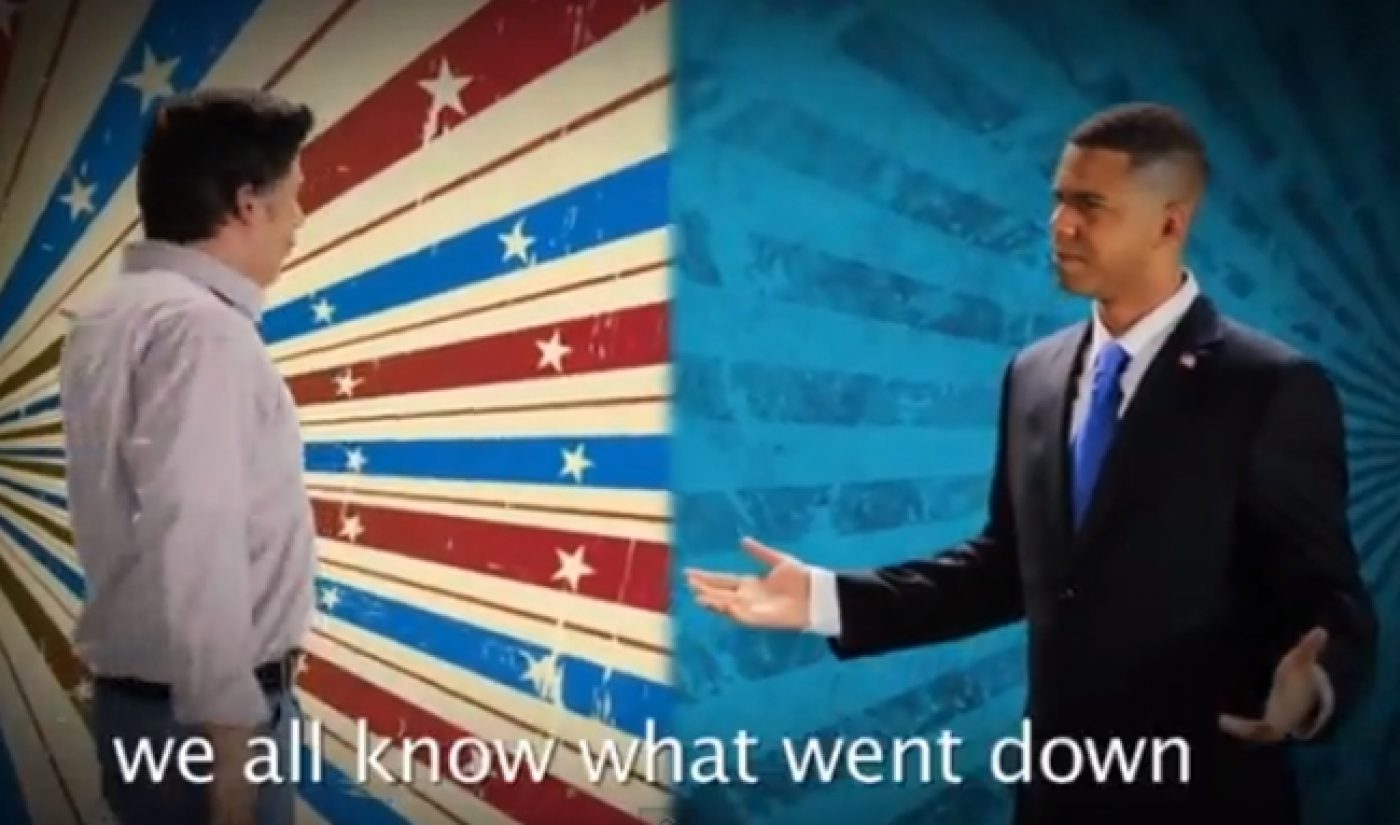 Welcome back to Tubefilter’s What If? Presidential debate series. In previous installments, we examined how the hopefuls would fare in a Mortal Kombat deathmatch and a Zoolander walk-off. Now, with the third debate going down on Tuesday night, we are happy to present our third alternate reality prediction, with Barack Obama and Mitt Romney squaring off in the most recent episode of Epic Rap Battles of History.

As we wrote about recently, the ERB channel (signed with Maker Studios) has pledged to increase its activity in the coming months, with Nicepeter and EpicLLOYD pledging to release a new battle every other week. We teased the Obama/Romney showdown in that article, and as we predicted, noted Obama impersonator Alphacat plays the President against EpicLLOYD’s Romney. Nicepeter shows up later in the battle, and without overtly ruining the surprise, I will say that it was a much appreciated callback to one of my all-time favorite rap battles.

Election season has been bullish for Alphacat, one of the world’s best Obama impersonators. He’s been featured on YouTube’s political hubs, appeared in a ‘street’ version of an Obama/Romney rap battle, and has even been featured on Dance Showdown. I have no idea what he’ll do with his shtick once Obama leaves office, but here’s hoping he doesn’t go the way of Vaughn Meader.

We incorrectly predicted an Obama win in the first debate based on his Mortal Kombat performance, but a slight majority seems to indicate that our Biden pick in the VP debate was spot on. Now we must try to get our prognostication record back above .500 with ERB as our guide. It’s pretty clear who the commenters feel won the battle, and it wasn’t Obama or Romney. Therefore, I can safely say that the third debate will be a draw, with a slight chance that one of America’s most esteemed leaders shows up to spit it. I don’t see any way this prediction could go awry.