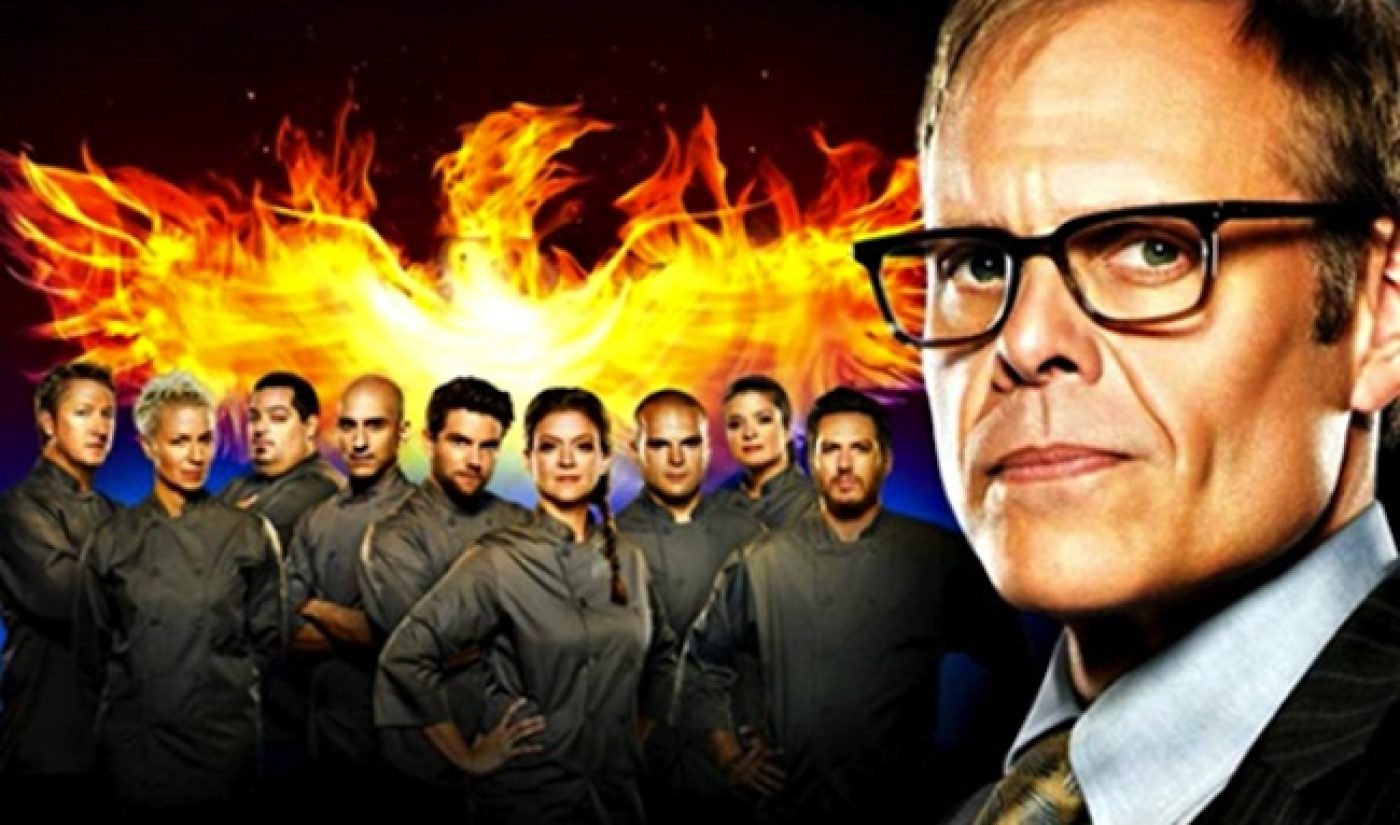 Iron Chef America is one of my absolute favorite shows on TV. The combination of mouth-watering food (I miss Mario Batali) and the goofiness of the sporting event-style setup form a series I can’t help but DVR. When The Next Iron Chef began in 2007 as a reality show to determine who would join the pantheon of culinary giants, I couldn’t help but eat that up as well (spoiler alert: the best chef won.) Now, with the Next Iron Chef  concept getting a little tired, the Food Network is taking their reality show to the web; they’re airing a three part tournament on the web to determine who will be the final competitor in the upcoming fifth season.

There will be three Next Iron Chef webisodes released; two semifinal matches and the final will determine who will be contestant number ten. The first has already been released, with two previous Iron Chef America battle winners, Lee Anne Wong and Madison Cowan, sparring in Kitchen Stadium. The episode plays like a mini-version of the big boy TV show, with the two contestants briefly whipping up one course based on a secret ingredient and three judges quickly judging each chef’s output. The winner of this battle will face one of two previous Next Iron Chef contestants, who will square off in the second episode.

What’s lacking from Next Iron Chef‘s web debut is the melodramatic presentation that characterizes its TV counterpart. In my personal opinion, the webisodes could use a bit more of the TV series’ epic score. Oh, and there’s not nearly enough Chairman for my liking. However, some people will really appreciate the stripped-down approach of Next Iron Chef‘s web companion. The focus here is squarely on the delicious food, which made me as hungry as a day of surfing Food Porn Daily. I’m not a big fan of peanuts or seafood but I would eat everything these chefs prepare in a heartbeat.

A new webisode will be released on Food Network’s website each week leading up to the November 4 premiere of The Next Iron Chef. The theme will be redemption; most of the other contestants previously lost on The Next Iron Chef, and they’re sharpening their kitchen knives as they set out for blood. Allez cuisine!