Michael Buckley To Host The Friskies, An Awards Show For Cat Videos 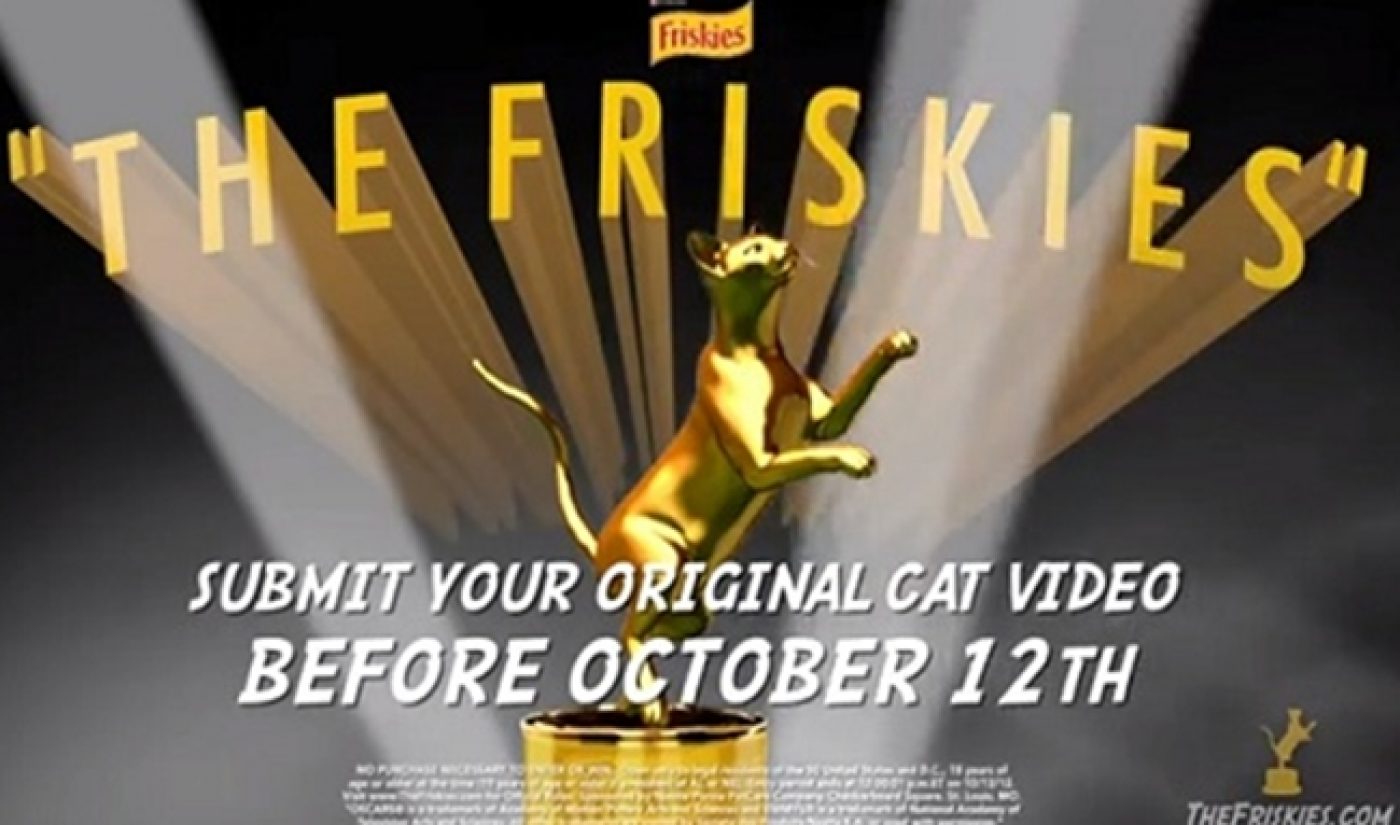 Through I personally can’t spend time around cats (allergies make that experience little fun), I still understand that not only are felines a driving force in the viral video world, but they seem to be gaining steam. At the end of August, we were treated to the first ever Cat Video Film Festival. Now, the Purina Friskies cat food brand is taking things one step further; they’re sponsoring a cat video awards show called The Friskies, which will be hosted by YouTube celebrity Michael Buckley (of What The Buck? fame).

The Friskies are aimed at cat videos from 2012, but the judges obviously have no way to know what year a homemade film is from. Submissions are broken down into four categories: Catness (the art of just being a cat), Catcom (comedic cat moments), Catventure (depicting a cat on an adorable journey of whatever nature), and Catch All (everything else). Winners will be chosen based on artistic merit, audience approval, production quality, playfulness of the cat, storytelling, and “portraying cat’s perspective”, which sounds like the plot to Being John Malko-cat. The grand prize is a whopping 15k, with 16 more winners receiving 10k or a year’s supply of cat food.

Host Michael Buckley’s What The Buck? is one of the most popular shows on YouTube, ranking 107th overall with almost one million subscribers. He became a hit with his fast-paced, reference-infused breakdown of recent pop culture news, but he has also shown a side of his own personality on his self-stylized Michael Buckley channel (also in YouTube’s Top 1000) which makes him an ideal fit for a host. The Friskies will also feature four noted judges, including actor Michael Showalter and artist Wayne White.

Everyone and their mom has a cat video they want to share, so now’s your chance to show yours off for the whole world to see. Submissions for The Friskies are accepted through tomorrow, so you still have time to enter for a chance to win 15k. Good luck and go Cat Jump Fail!