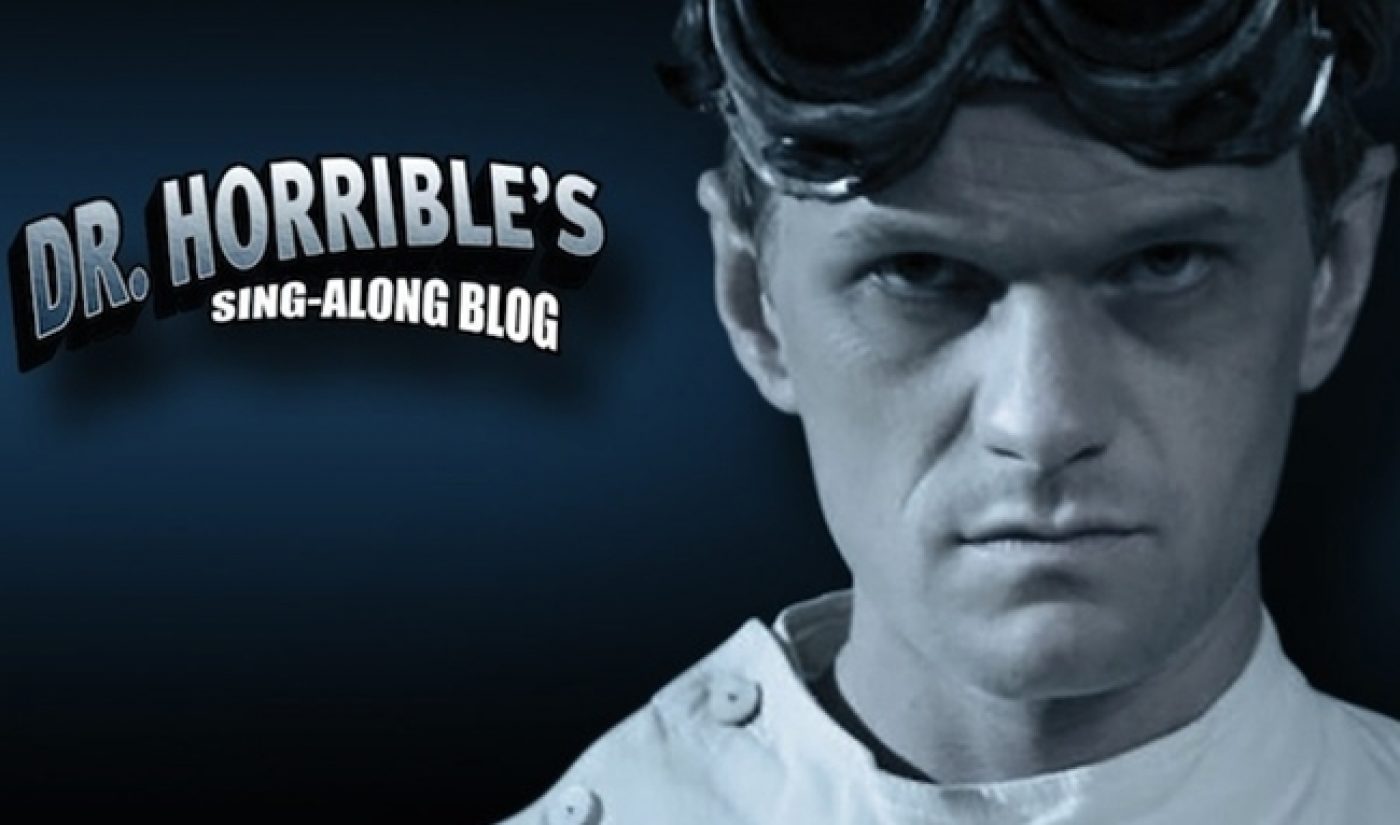 As we all know, Dr. Horrible’s Sing-Along Blog was the best thing to come out of the 07-08 writer’s strike (the worst probably being all those terrible Heroes episodes it was partially responsible for). It was smart, funny, and full of musical bombast. If you haven’t seen it yet (apparently these people exist), you should go do that right now, because it’s one of the great web series of all time and as good an introduction to the medium as I can provide. Check it out.

Tonight, Dr. Horrible will be introduced to a new legion of fans. At 9 pm, it will be broadcast on The CW in all its villainous glory. The network picked up Joss Whedon’s superhero musical back in July; they had claimed to be airing in 2013, but, given that we haven’t yet passed the Mayan Apocalypse, they’re clearly moving it up a bit. The one red flag is that the show will be slightly edited. Hopefully this is just to clear up anything that might not be network TV appropriate, and not an attempt to tamper with the show. The CW has also released a trailer to advertise tonight’s broadcast.

A main opportunity created by Dr. Horrible‘s TV appearance is the increased likelihood of a sequel, which would be quite likely to air on The CW as opposed to online. Whedon noted a few years back that “we have a bunch of songs” already written for the sequel, and with a network potentially behind the series, our prediction for a Q3 2013 Dr. Horrible season two doesn’t seem so far-fetched. At any rate, even if this is all the Dr. Horrible we’re ever going to get, it’s still worth checking it out tonight. As Felicia Day reminds us,  “more people watching = good for web video!”

Finally, a viewing suggestion: Have a mini-Dr. Horrible actor TV series marathon. Felicia Day (Penny), Neil Patrick Harris (Dr. Horrible), Nathan Fillion (Captain Hammer), and Simon Helberg (Moist) all star in Dr. Horrible, and they all currently star or starred in great TV series (The Guild, How I Met Your Mother, Firefly, and Big Bang Theory, respectively). Pick your favorite episode of each series (I just did) and watch each one leading up to the premiere tonight at 9. Or, alternatively, DVR Dr. Horrible and do the same thing this weekend (but with more wine). I’m totally thinking about getting some friends together and making them do this with me.