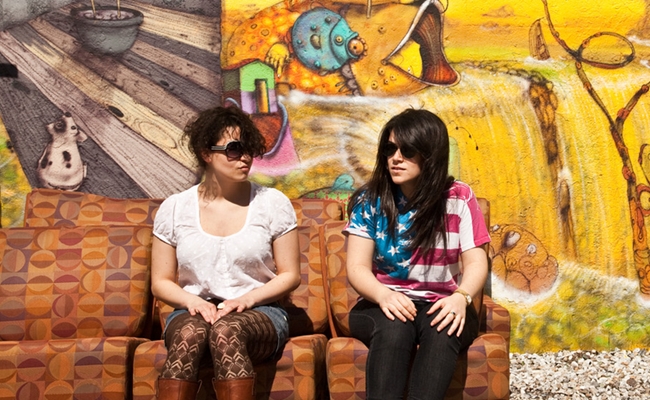 Broad City, the cult-favorite web series from Upright Citizen’s Brigade alums Abbi Jacobson and Ilana Glazer, has led an interesting life. In 2010, 18 episodes of the series were created; one year later, the show’s YouTube channel posted a teaser for a future series produced by Amy Poehler (a fellow Upright Citizen’s Brigade member) that was set to develop on FX. Now, in 2012, the show is still on its way, but with a pilot order from Comedy Central.

With Awkward Black Girl creator Issa Rae’s new series coming to ABC, Broad City is the second female-led comedy from a web creator to get picked up for TV. While Rae’s show will be unique from her web hit, Jacobson and Glazer will not (yet) move into new territory on their new distribution platform. They’ll stick with the same premise that made Broad City such a hit: a look into the life of two cosmopolitan ladies beset by a combination of Girls-esque anxiety and Curb Your Enthusiasm-style social faux pas.

Poehler will continue to act as executive producer, and apparently threw her weight around in order to get the show picked up. “Amy Poehler told me this would be a great show for us, and that’s good enough for me,” said Kent Alterman, Head of Original Programming at Comedy Central. Though the series will presumably star Jacobson and Glazer, don’t be surprised if Poehler herself makes an appearance; she previously showed up in an episode of Broad City where she was consumed by a comically small number of oranges. Kristen Schaal also made an appearance in that episode, so there should be plenty of great guest appearances in the Comedy Central show.

Broad City has been nominated for several awards, including ECNY’s Best Web Series. Given the sharpness of the writing and the comfortable contrast between the cautious Jacobson and the out-there Glazer, don’t be surprised if Broad City also turns out to be one of the better web-series-to-TV programs that we’ve seen.