The First Cinematic Episode Of ‘Halo 4: Forward Unto Dawn’ Is Here 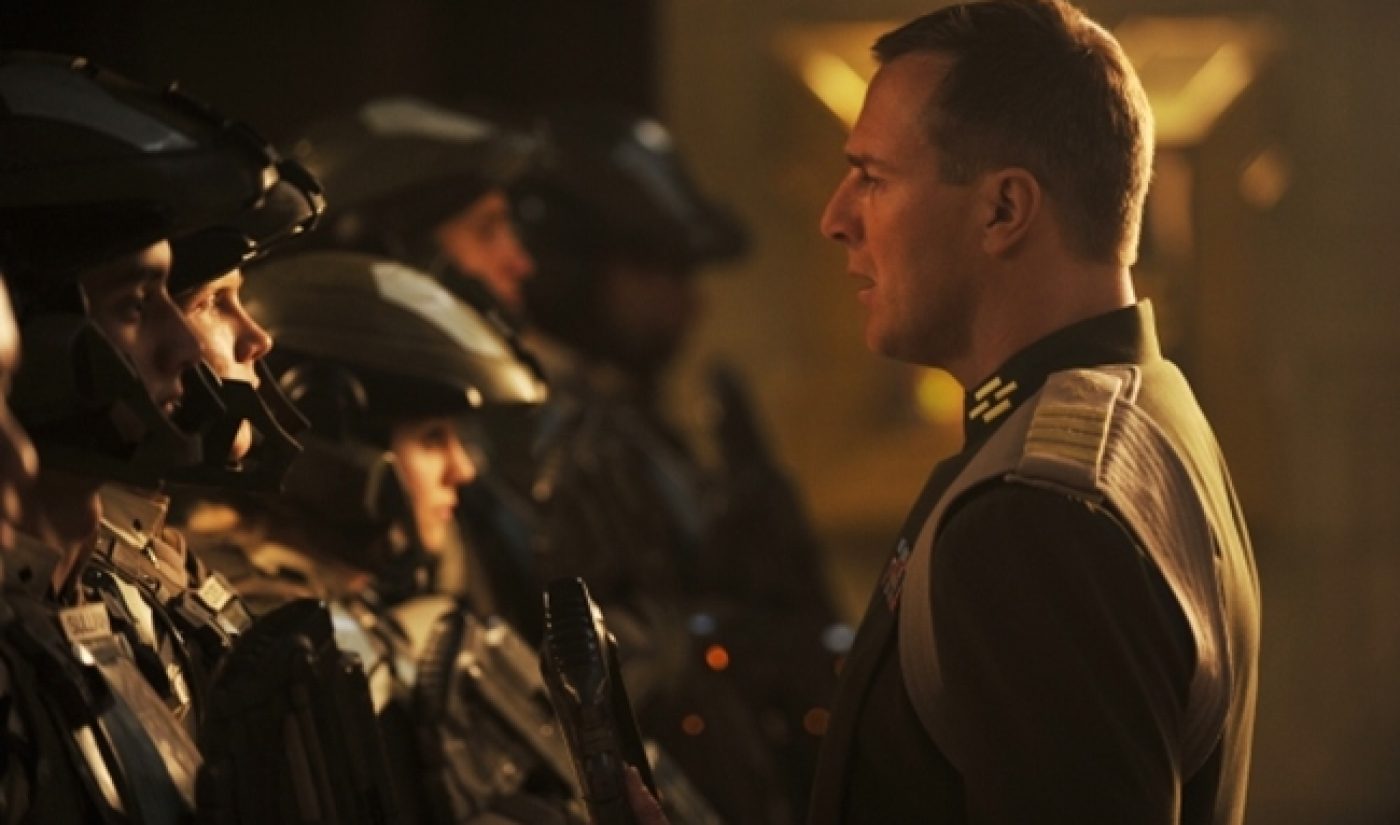 The first and most obvious point of note is that, in terms of visuals, the series looks as nice as anything we’ve seen from a web series. Microsoft sunk $10 million into the project through their homegrown 343 Industries production company, and it shows. Director Stewart Hendler has done a good job of using top-of-the-line cameras and lighting to give Forward Unto Dawn a big-budget feel; everything that the series lacks in special effects (they’re good, but not quite Hollywood blockbuster quality), it makes up for with the high value of its production equipment. Having a skilled director in Hendler also contributes to Forward Unto Dawn‘s professional look.

As for the quality of the acting, plotting, and script, all I can say is that Forward Until Dawn pretty much stacks up to your average video game adaptation. The characters seem to break down into the various space marine archetypes that Aliens defined so well, with protagonist Private Lasky playing the role of a young, raw, and shellshocked recruit. It’s not very deep stuff; the main draw of Forward Unto Dawn is clear from the get-go.

Forward Unto Dawn will be released as a 90-minute DVD once the five long episodes have all been released on Machinima Prime, with the completion of the arc leading up to Halo 4‘s release on November 6. This  is very clearly a movie disguised as a web series, and at least for me, that’s what’s most important about Forward Unto Dawn. If it is a success, we could see many other producers eschew a theatrical release in favor of the wide audiences provided by the web series format.