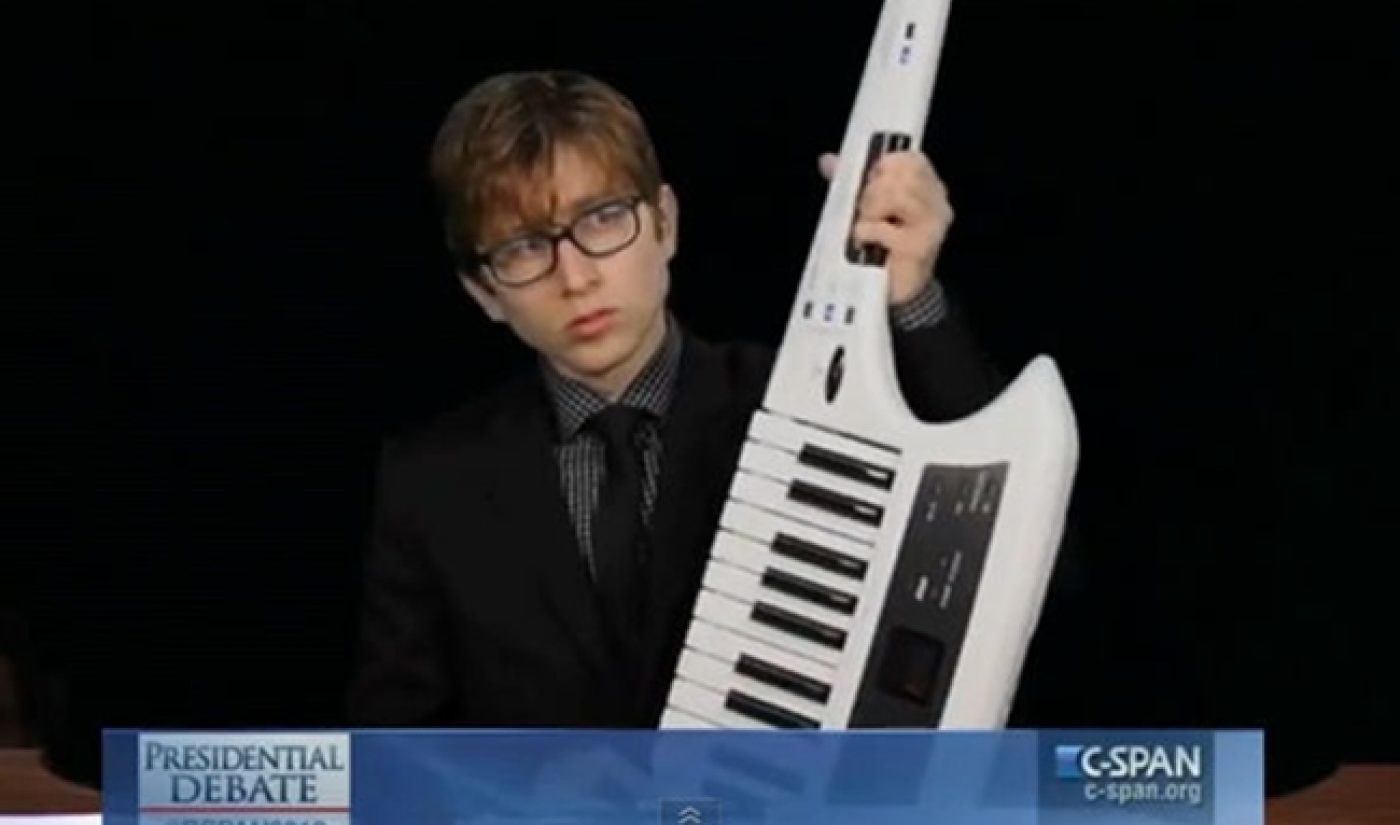 Politics can be fun to follow. But you know what makes them even more exhilarating? Auto-tune. That’s the philosophy behind Songify The News (formerly Auto-Tune The News), the popular web series from The Gregory Brothers. The group achieved Internet superstardom after their ‘Bed Intruder Song‘ became one of the most popular videos in YouTube history, and they will continue to gain exposure after announcing that they have signed with Maker Studios.

With Maker’s financial support, the musical quartet’s next order of business will be to create auto-tuned roundups for each Presidential debate. “Our previous budget was approximately 4 bagels per video. With the new deal in place, we plan to augment that budget by several schmears, and Maker is buying the smoothies,” the Brothers explained. “This should provide enough fuel for us to successfully songify each of the upcoming presidential debates and get us into November.” The first debate has already been songified, and I must say that both Obama and Romney sound super fly.

The Gregory Brothers will follow the debates with one eye focused on each candidate’s musicality. “When watching the debate,” they noted, “like watching any conversation in life, we think, “is this person singing? If not, how close are they to singing?” The most auto-tunable clips are they synthesized with the Brothers’ own singing, which was featured in a different capacity on the Meet The Gregory Brothers! EP that the group released in 2009.

All of The Gregory Brothers’ videos, including Songify the News, are posted on their channel, Schmoyoho (as they are quick to point out, the accent is on the ‘yo’.) The group was previously signed with Next New Networks, but became independent after that company was bought up by YouTube. The Brothers’, who are also represented by 3Arts and WME, recently decided it was time to return to a network; the only question was which one. “We already knew a lot of people in Maker’s network,” said the Brothers, “so we knew how they worked, knew we would get along, and knew they could handle production in addition to sales-y stuff. Also they had to pass rigorous karaoke and limbo exams.” Good to hear that Maker’s party skills were able to bring together what is sure to be a prosperous and swagalicious partnership.