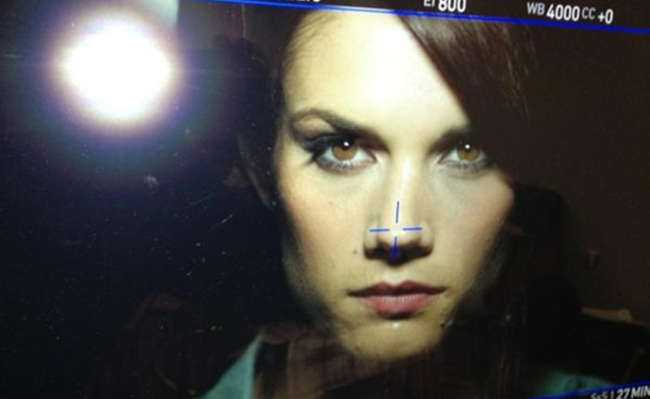 Anthony Zuiker, the creator of CSI, has done well to build a large digital presence for himself. In April, he launched BlackBox TV, a YouTube Original Channel dedicated to horror, thriller, and sci fi programming. He’s even created short films for the network himself. Now, the web is both the medium and the subject for Zuiker’s next batch of serial content, the highly anticipated Cybergeddon. The show premiered yesterday on Yahoo Screen; six episodes are already up, with three more to debut shortly.

Cybergeddon is trying to do for counter-cyber terrorism units what CSI did for forensics. The show features TV-quality production values and it’s been tightly shot and buffed to the highest level of detail. The show transcends the often farcical nature of the Cyber Crime Division and instead turns the main protagonist, FBI Special Agent Chloe Jocelyn, into an action hero of Jason Bourne levels. She can take out multiple trained combatants with ease, hack into complex systems with her computer wizardry, and play mind games with the entire FBI.

In the end, it is fun, so long as you never stop to think about it. The FBI frequently displays a level of logic only seen in movies about them; for starters, they leave Chloe in an unguarded room that any agent can freely access after she has (very mild spoiler) just been accused of top-level cyber-terrorism. In addition, computers work the same way DNA does in CSI, connecting the plot together whenever necessary. Jocelyn and the arch-evil Ukrainian antagonist Gustav Dobreff can both hack into anything they want as very sleekly presented coding language appears in a split screen.

Cybergeddon has a lot in common with Life Free or Die Hard, the 100% ridiculous fourth installment of the Bruce Willis franchise. That film knew that its entire ability to entertain its audience relied on it never slowing down, and Zuiker understands the same is true of his series. Little time is allowed for the audience to think or process what’s going on. In fact, even lead actress Missy Peregrym seems to just be going along with it, playing Chloe with a straight-ahead vision that screams ‘no time to look back.’ This attitude works well for Cybergeddon. All the viewer needs to do is sit back, grab some popcorn, and enjoy the ride.

Check back later in the day for more news on Zuiker; he’ll be hosting an event at Social Media Week Los Angeles tomorrow, and I’ll be sure to feature him in my daily preview. All you have to do is make sure your computer doesn’t get taken over by rogue FBI agents or Ukrainian terrorists between now and then.