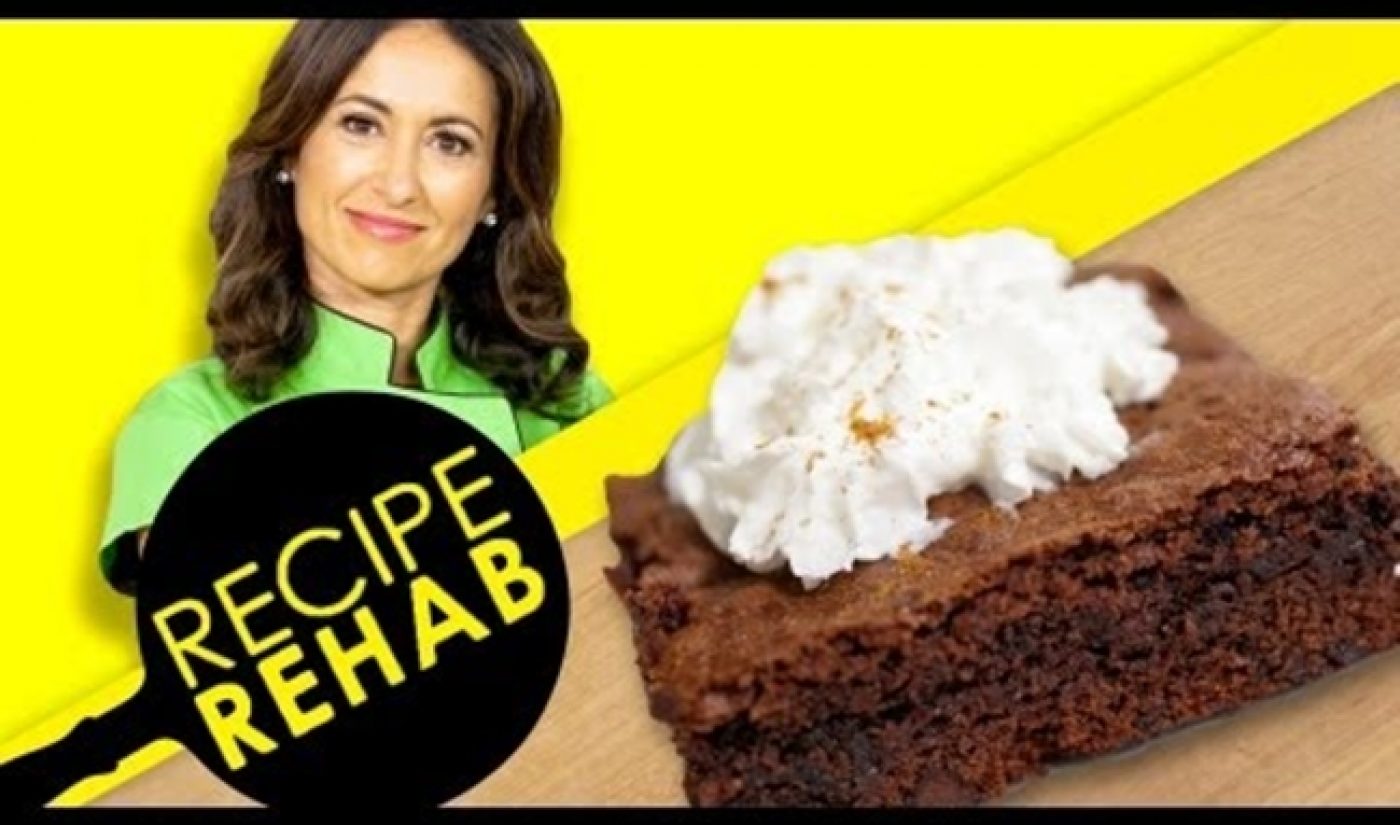 Google had big plans when it sank $100 million into original programming last October. Now, almost one year later, a big milestone has been achieved: For the first time, one of the original channels that Google invested in will be coming to the small screen. Trium‘s Recipe Rehab, hosted on the Everyday Health channel, will begin broadcasting on hundreds of local ABC affiliates on October 6, with 11 total episodes in the works.

Recipe Rehab features two top-of-the-line chefs battling to see who can make a better, healthier, twist on a family’s fattening, decadent recipe. It’s like a version of Iron Chef where lard, heavy cream, and an over-the-top host have been replaced with vegetable oil, fat-free milk, and a more down-to-earth narrator. At the end of each episode, the unhealthy recipe family tastes both dishes, and, predictably, tend to say that the one with the most fat (albeit, still three times less fat than the family’s recipe) tastes the best. Shocker.

Recipe Rehab originally began in April as part of the Everyday Health channel, which hosts dozens of shows dedicated to living a healthy lifestyle. The channel has accrued 14 million views thus far, putting it squarely in the top third of YouTube Original Channels in terms of views (just ahead of Nerdist). However, the channel has just 36 thousand subs, a small amount compared to many of the other top Original Channels. The show’s TV appearance could help drive visitors to its online hub. Recipe Rehab will most likely be on at a decent hour, airing on Saturday mornings during the classic ‘laze around and watch TV because it’s the weekend and I do what I want‘ time slot.

Mark Koops, the show’s producer, also produced The Biggest Loser and Masterchef, so it’s likely his TV experience helped get Recipe Rehab, which seems like an ideal middle point between those two shows, onto the air. “Recipe Rehab moving to network proves that we know how create formats that are relevant for online and television audiences alike,” noted Koops. “Recipe Rehab also tackles America’s obesity epidemic head on and offers healthier lifestyle options. As a company, we will always aim to develop content that not only has cross-platform potential but also inspires real change.”

The web-sized show will expand to a full half hour, so there should be plenty of changes to the format. I look forward to spending more time with these celebrity chefs and diving deeper into healthy recipes that go beyond just fewer calories and less fat to truly help people understand what it means to eat right.