In New Branded Series on Hulu, Subway’s Just As Fresh As Advertized 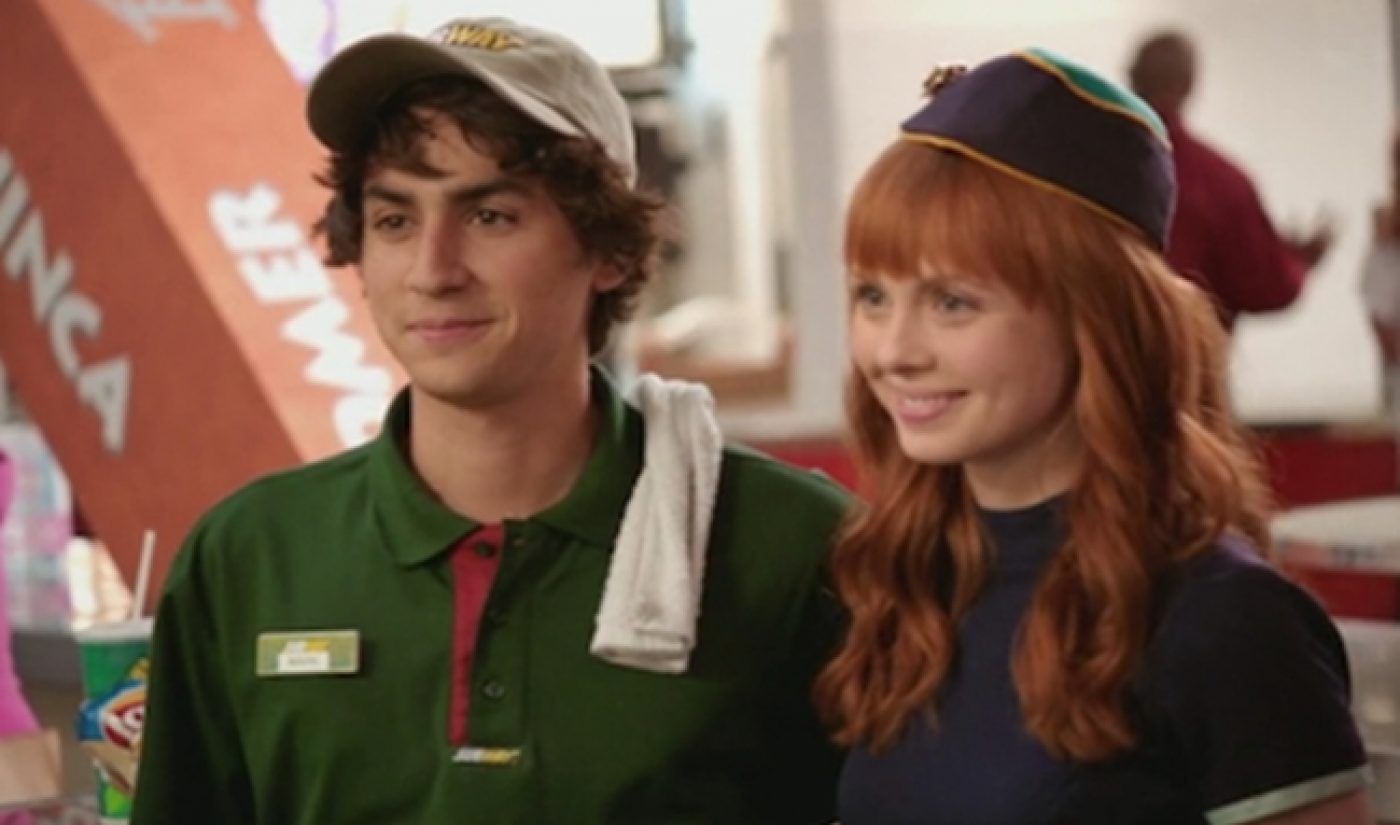 Good comedy has a tendency to target the runts of the world, picking on the little guy for comedic effect. In the grand scheme of things, there are few people who fit this description better than a vulnerable high-schooler working his first job. And that’s the philosophy behind The 4 to 9ers, a new original series on Hulu about a group of high school students working at a nondescript suburban mall. With comedy vet and Two and a Half Men director Jamie Widdoes at the helm, the result is a charming, harmless sitcom about the all-important angst inside a teenager’s soul.

What makes The 4 to 9ers particularly unique is it’s a branded effort from Subway, and is in effect no more than a long-form and completely fictional ad campaign for the restaurant chain (which we’ve kinda sorta seen from the sandwich shop in the past).

Our protagonists, Mark and Seth, are employees at the mall’s Subway, and the show takes their perspectives as they deal with a milquetoast mall cop and a cute girl who works for the nearby phone kiosk. Hiring Widdoes and writer Tim O’Donnell (Growing Pains) makes the script jump out of its branded origins and embrace universal themes.

It only really feels like an ad when the characters from the show appear in Subway ads before each episode starts.

The quality of the show appears to be important to Subway’s marketing strategy. “Branded message integrations have been a significant part of our strategy for the past five years,” explained Subway’s Chief Marketing Officer, Tony Pace, in a press release. “With ‘The 4 to 9ers,’ we have taken that strategy to another level by being involved much earlier in the creative development process. Early involvement insures that our brand presence makes sense from a quality entertainment and creative standpoint as well as a message delivery perspective.”

Three ten-minute episodes have already aired, with three more on the way. That ten minute runtime includes a five minute featurette with Widdoes that explores a single character in depth, so the whole runtime of the series will only be about 30 minutes, or essentially a long pilot.

I never thought I’d be this enthusiastic about branded entertainment, but I’d love for Subway’s series to get a second season. The 4 to 9ers is funny, entertaining, and as far as mediocre high-school jobs are concerned, we’ve all been there.