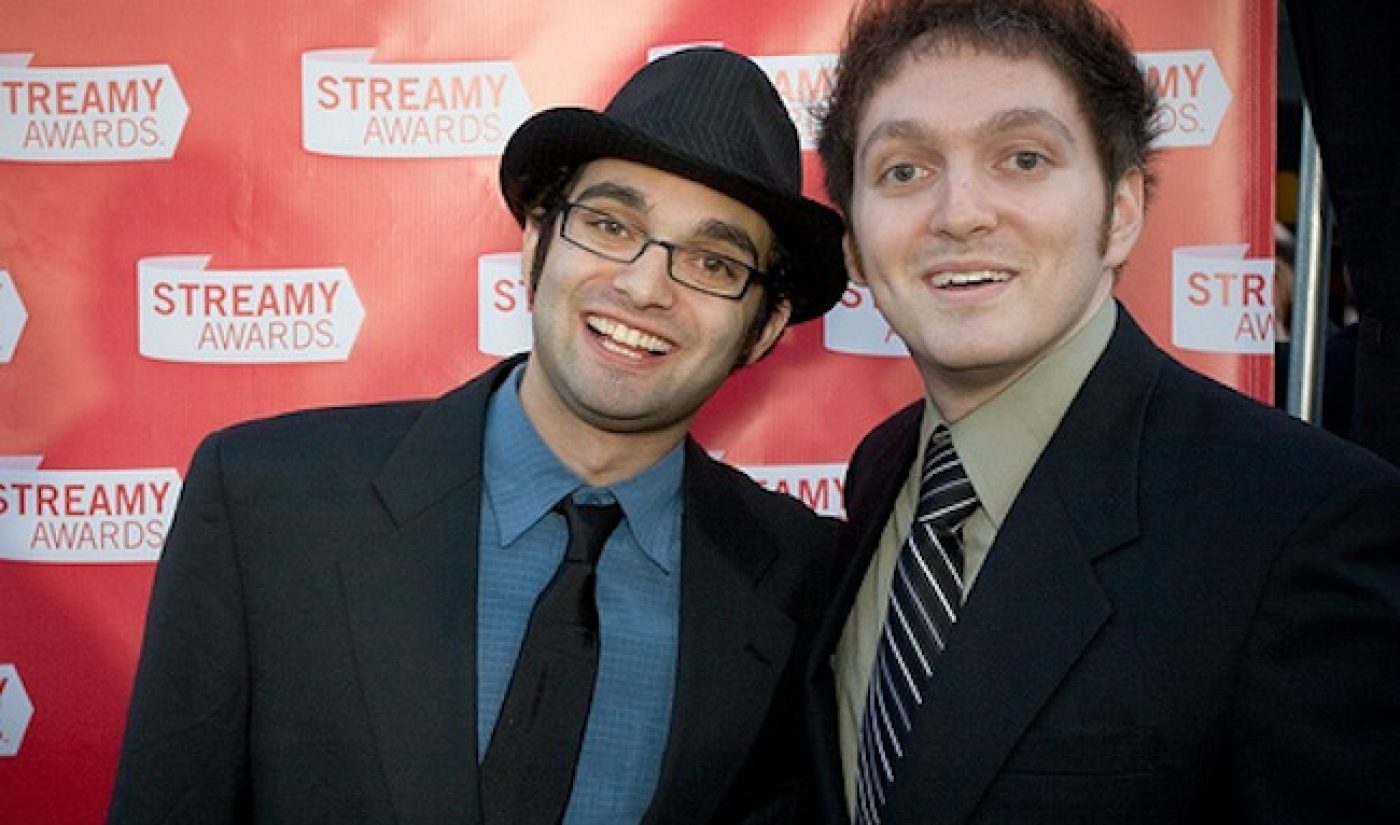 Revision3, the online video network that ranks such online video sensations as Phil DeFranco and Epic Meal Time amongst its roster of talent, just announced it formed a partnership with yet another acclaimed YouTube creator (both in terms of views and awards). And that YouTube creator is actually two YouTube creators. Benny and Rafi Fine of The Fine Brothers.

Almost one year ago, the Fine Bros. were selected as one of the original 97 channels to be part of YouTube’s Original Channels Initiative. Since then (and since establishing themselves as one of the premier conent creators on the world’s largest video sharing site thanks to their Kids React series – a viral video evolution of Kids Say The Darndest Things mixed with a dash of child-pop-phsycology) Benny and Rafi have devoted the bulk of their production work to MyMusic.

The program is a sitcom with a strong social media presence about different music genre stereotypes working together in an office. The stereotypes include “Indie,” who we know is a hipster because he wears a scarf (even when it’s warm), and “Metal,” who is clearly a metalhead because he talks loudly and looks like a cross between one of those kids on St. Mark’s Place in NYC and Daron Malakian’s beard.

MyMusic will not move over to Revision3, but the rest of Fine Brothers Productions’ output will be picked up by the network. Here’s what one half of the fraternal YouTube duo had to say about how the deal came to be:

It was the long term conversations, mutual respect and trust that we built together with Revision3 that led us to making a deal with them. They showed that there was true willingness to understand our current goals and we worked with them to create deal points that makes sense for both of our company’s abilities and needs at this time.

We implore all creators thinking about joining a network to do the same – truly ensure you work with people you know share your vision and will take the time to negotiate with you to get a deal you are comfortable signing.

The Fine Bros. will also continue to produce the React series, which was initially just the aforementioned Kids React, but was recently expanded to include Teens React and Elders React, the latter of which consists entirely of old people facepalming and ogling Snooki’s “pair”.

The brothers initial encounter with YouTube stardom was their attempt to ruin every book, movie, and TV show you will ever encounter in their various spoiler videos. These viral hits helped launch the popularity of their channel and YouTube presence, which is now, in combination with MyMusic and the brothers’ second channel, in the area of 400 million views and 2+ million subscribers strong.