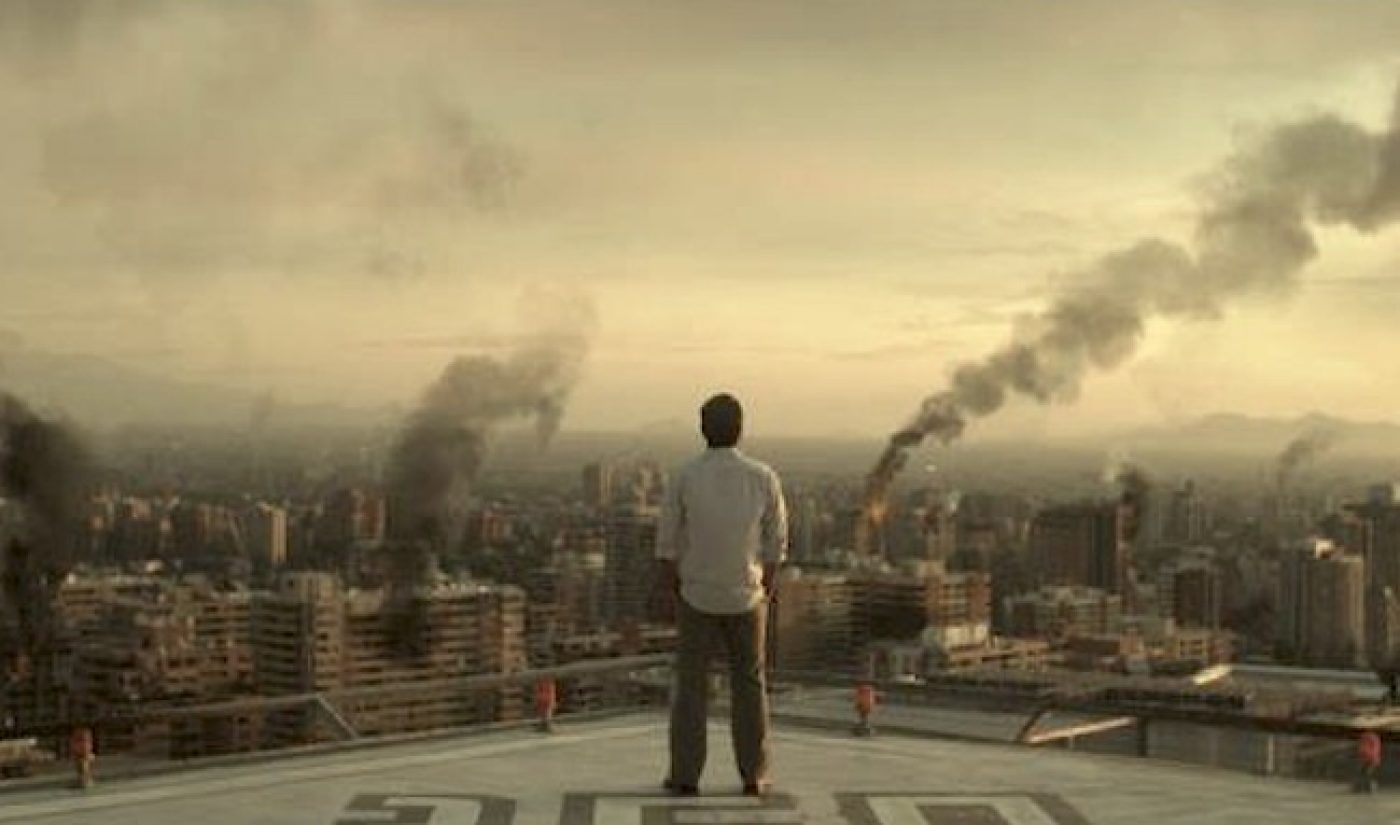 Transhumanism (often abbreviated as H+ or h+) is the belief “humanity stands to be profoundly affected by science and technology in the future” with the possibility human potential may be broadened by “overcoming aging, cognitive shortcomings, involuntary suffering, and our confinement to planet Earth.”

That definition comes courtesy of the Transhumanist Declaration from humanity+, an organization that aims “to deeply influence a new generation of thinkers who dare to envision humanity’s next step” and publishes the quarterly magazine h+, which “covers technological, scientific, and cultural trends that are changing — and will change — human beings in fundamental ways.”

Any intellectual and cultural movement that is represented in text with the help of a mathematical symbol and combines the objectives of the Methuselah Foundation with technology envisioned by the Wachowski Brothers is obviously fascinating. It’s also ripe for post-apocalyptic and/or end-of-world scenario sci-fi fodder, as evidenced by Bryan Singer’s just-released original web series H+.

Warner Bros. Digital Distribution today let loose the first installments of the writer/director/producer’s 48-part series four years in the making that’s set to conclude in early 2013 and explores what happens when Google Glass meets nanotechnology and something goes terribly wrong. Take a look:

If the premise of a computer virus instantly killing more than 2 billion people inside of a global climate dominated by transhumanism medical conglomerates opposed by Occupy Technology movements isn’t engaging and/or novel enough for you, perhaps Warner Bros. and Singer’s distribution strategy is.

“This multifaceted, sci-fi series is perfect for the Internet as it tells the story from different characters’ perspectives – jumping from time, place and viewpoint as the narrative comes together,” said Singer, whose resume includes titles like The Usual Suspects and X-Men: First Class. “These short, addictive episodes each end with a cliffhanger. As more episodes debut, the audience has the unique ability to rearrange them sequentially or by characters’ storylines or locations, so that they can retell our story in their own preference.”

The online original was also inspired by other post-doomsday series like Afterworld and After Judgment and influenced by real technological advancements in digital media that enabled new, nonlinear storytelling possibilities.

It’s also something you should most definitely see. Check out H+ on Facebook and at Yutube.com/HplusDigitalSeries.