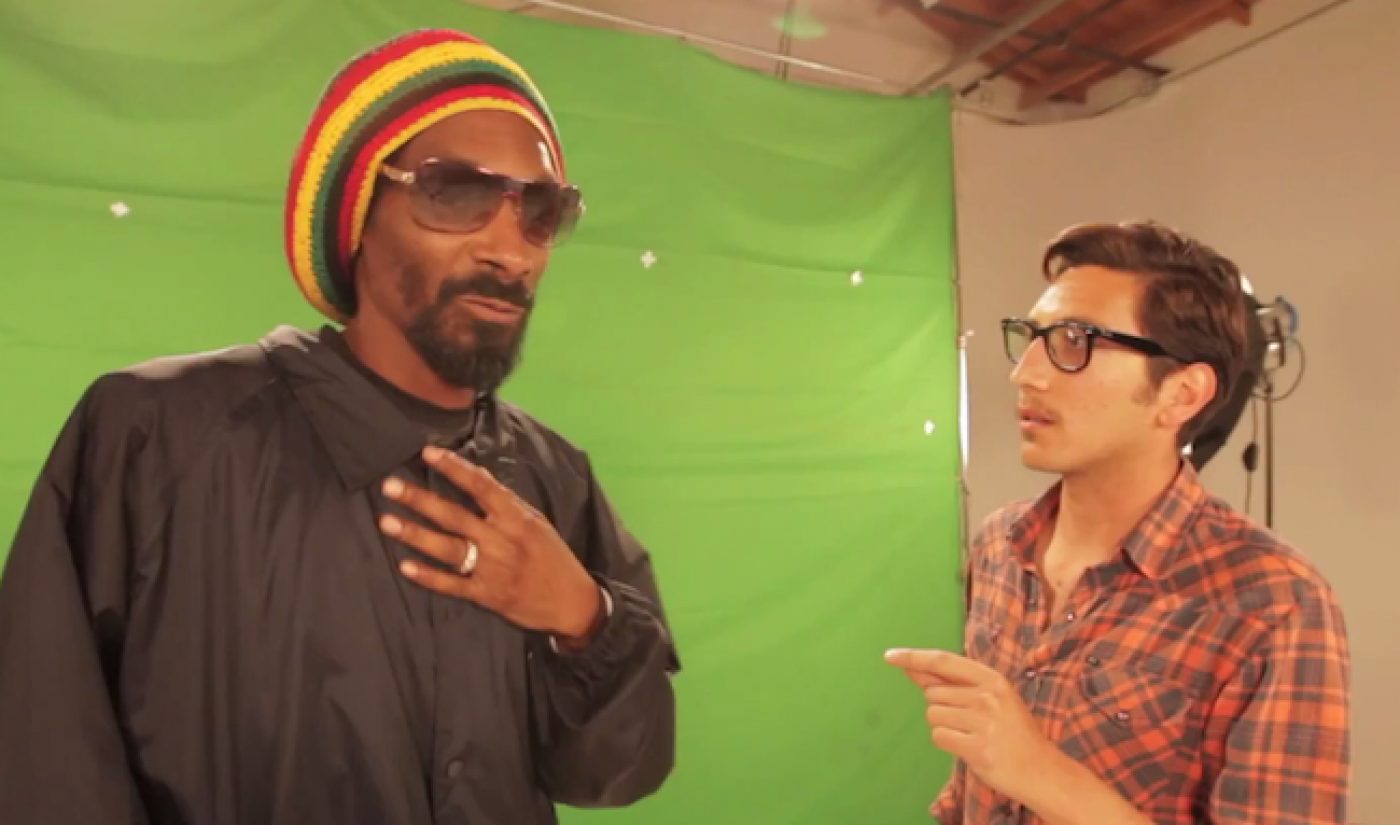 Maker Studios just announced moments ago that they signed Snoop Dogg and his YouTube channel WestFestTV to develop a slate of exclusive programming.

“He’s been down to visit us a few times, and dug what we were doing and the vibe of the studio,” Danny Zappin, CEO of Maker Studios, told Tubefilter in an exclusive interview (video coming). “He really understands social media and the importance of connecting directly with an audience.”

Snoop Dogg has built a huge following on Twitter in the range of 9.4 million followers strong, and is looking to expand his online presence on YouTube.

“YouTube has allowed me to get at my fans around the world directly. I’ve focused on listening to my fans and giving them the type of real, uncut content that they want from Tha Boss Dogg,” said Snoop Dogg. “My partnership with Maker allows me to take my viral video game to whole other level. I’ve been building it from the ground up and now we taking it to the top.”

The partnership will start rolling out new content by end of this summer. This news also comes on the heels of the announcement this week that Maker Studios is now attracting more than one billion views across its YouTube network every month.