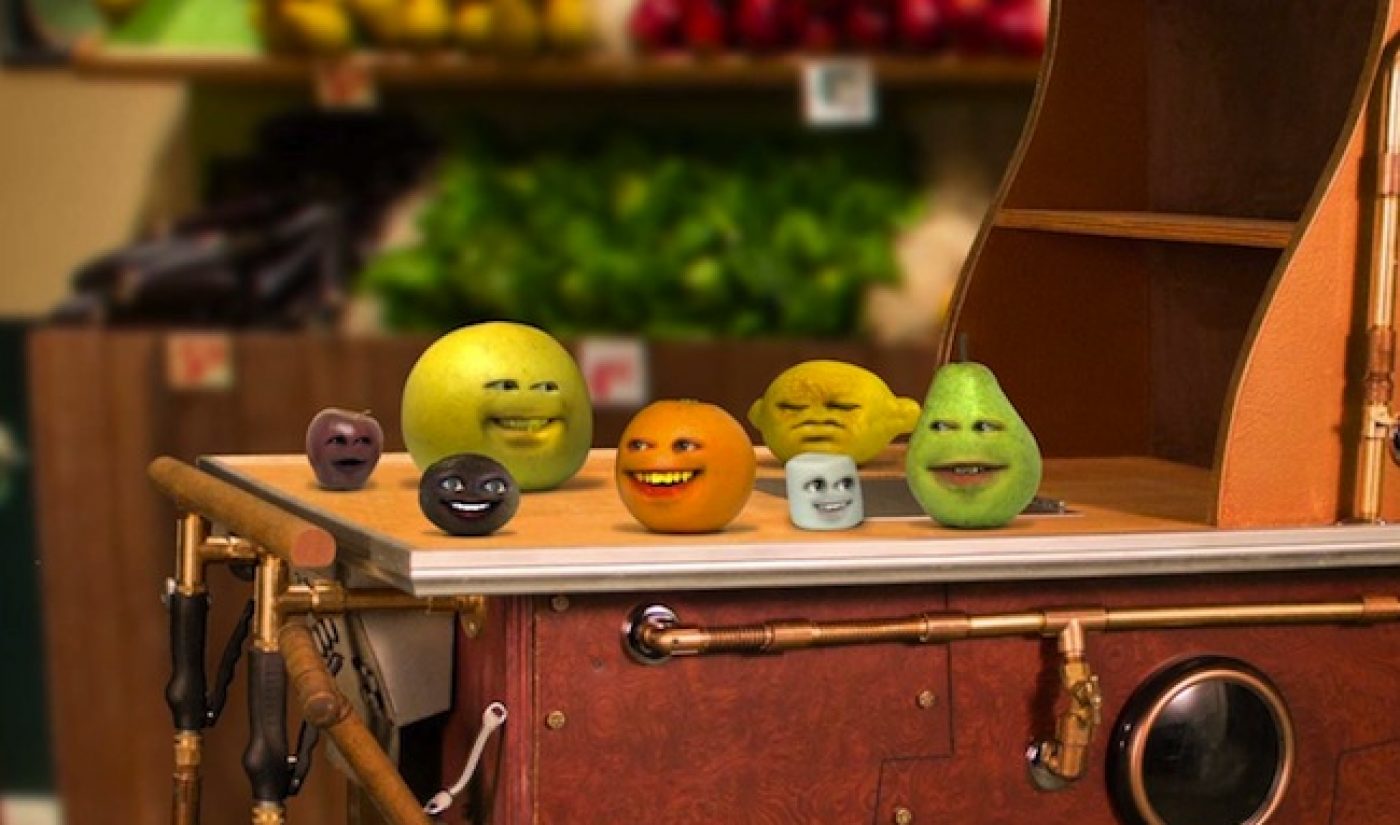 The High Fructose Adventure of the Annoying Orange debuted on Cartoon Network on Monday, June 11. The cable television iteration of the original web series created by Dane Boedigheimer and starring talking fruit with punny senses of humor leveraged its online predecessor’s over one billion views, 2.4+ million YouTube subscribers, 10.8+ million Facebook fans, and 260,00+ Twitter followers to become the #1 rated telecast in the 8:30PM time slot among kids 2 to 11, 6 to 11 (which is a separate demographic advertisers like to use even though the same age group is encompassed in the kids 2 to 11), 9 to 14, and all boys.

All those kids in all those demos contributed to a total of over 2.6 million viewers for The Annoying Orange’s television premiere on Cartoon Network. By comparison, the latest regular installment of the Annoying Orange on YouTube has racked up just over 1 million views in the past week.

The “full-service entertainment management, media and content production company” The Collective is responsible for bringing the Annoying Orange to the small screen. And this isn’t the first online video property the company’s successfully transitioned from YouTube to television audiences.

The Collective took Fred from the top of the YouTube charts to being the eponymous subject of no less than two full-length movies, both of which premiered on Nickelodeon. The first aired in September 2010 to over 7.6 million viewers, the second debuted in October 2011 to 5.7 million viewers, and their combined success spawned a television series, which started airing on Nickelodeon this past February.